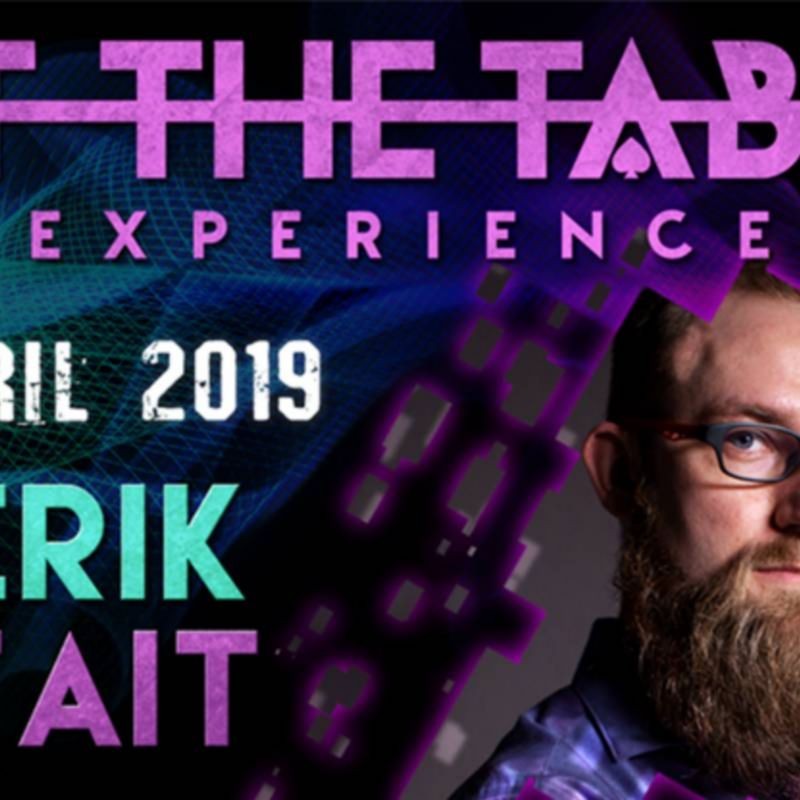 Erik Tait came to the attention of the magic community when he won the 2018 IBM Gold Cups Close Up Competition. Since then, he has appeared on Penn & Teller

Erik Tait came to the attention of the magic community when he won the 2018 IBM Gold Cups Close Up Competition. Since then, he has appeared on Penn & Teller: Fool Us and released a string of wildly popular effects. Now Erik lives in Columbus, OH and performs for Fortune 500 companies as well as performs on comedy shows and festivals across the country. In this lecture, he details some of his personal routines that he uses in his strolling work, as well as when he wants to absolutely wow an audience. This lecture contains material for all skill levels, and some close-kept secrets that will raise your sleight of hand to the next level. Here's what you'll learn:

Party Piece: This is Erik's opener. A rapid-fire routine of highly visual magic that leaves audiences stunned. In this routine, Erik also gets into extreme detail on the one-handed top palm and teaches a new approach to it that will help you finally master this move.

The Anniversary Color Change: What starts with Erik's handling of the Anniversary Waltz ends with a color changing deck that the audience doesn't see coming. The best part is that you end 100% clean. Erik then details some of his thoughts and moves on the Ambitious Card, but with a huge twist that you won't believe.

A Bar Trick with a Bit of Cork and a Borrowed Dollar: Erik has been fascinated with Ramsay's Cylinder and Coins for nearly a decade. Erik has transformed this classic of magic into a bar trick that's fun to do. You'll also learn Erik's handling of the Knowle's Drop, a Coin sleight that does triple duty as a vanish, a false transfer, and a click pass.

The Coin Coaster: Erik details a novel routine involving the classic coin tray prop where he vanished a signed quarter and makes it appear in the spectator's closed fist. Then you learn how to do the same effect using an ordinary coaster.

Out of This Zip Code: A small packet Out of This World that is ultra-fair and will leave your audience in disbelief.

"Erik is one of the most cunning and skillful entertainers on the planet!"
- Nicholas Lawrence