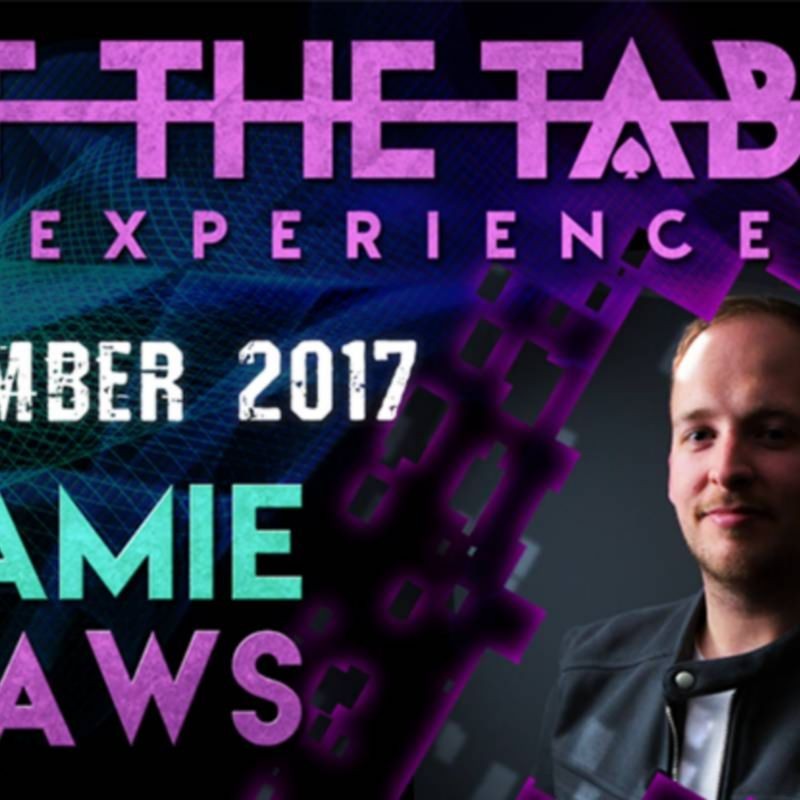 Famously known for his other worldly effects, Jamie Daws joins us for an At The Table lecture that is guaranteed to leave you breathless! Well known for effects

Famously known for his other worldly effects, Jamie Daws joins us for an At The Table lecture that is guaranteed to leave you breathless! Well known for effects like Deviate, The Deceased, and Scream, Jamie blurs the worlds of magic and the supernatural seamlessly together while building mystery, tension, and suspense with every line of patter. He's created effects for the magic community for well over a decade and performed on Penn & Teller: Fool Us. Now Jamie joins us At The Table to share his ingenuity and take us down his creative journey!

Scared: Jamie's incredible, impromptu Haunted Deck effect! With nothing but a deck of cards, you can create a special something in performance that gives you one of the most eerie haunted decks around!

Coloring: An amazing routine where the back of a selection changes several times. As an added kicker, the deck suddenly becomes completely blank, front and back, except for the selection. Even better, the deck can then be handed out with nothing taken away or swapped!

Solomon's Secret: Then he'll teach you an impromptu effect with two selections that end up in the wrong places but magically correct themselves. All powerful. All impromptu!

Deviate: Jamie's devious new method for having a card change, isolated in the box! It looks visual and completely impossible!

Simple Control + Simple Mix: Some brilliant controls that are both practical and sneaky! Then he'll show you how to apply these moves into a fantastic Triumph and ACAAN (Any Card At Any Number)!

Ping: Jamie takes you through his incredibly visual band thru bottle effect in which an elastic band penetrates a water bottle with no cover!

Puppeteer: An effect which proves, without a doubt, that your spectator has been influenced to make any decision you want!

X-Change: A line of coins are set up in your hand. An X is drawn on one of the coins, and the mark moves up and down the stack of coins at will!

Seer: A dynamic piece of mentalism! With Seer, you take your spectator on an exploration of how shops influence spectators to make certain decisions. Not only can you tell them what they would have bought, but you prove that they had been influenced to do so!

The Burial: The Burial is one of the first creepy effects that Jamie created! An eerie photo of a woman changes to match the script of a spooky story!

Scream: A true horror story that will leave your spectators screaming and laughing. This is something you'll love performing!

The Deceased: The first in Jamie's incredible Dark Series. It's an incredible story with 10 photos. Your spectator makes all the choices and yet, they still find the killers. This one is a magician fooler!