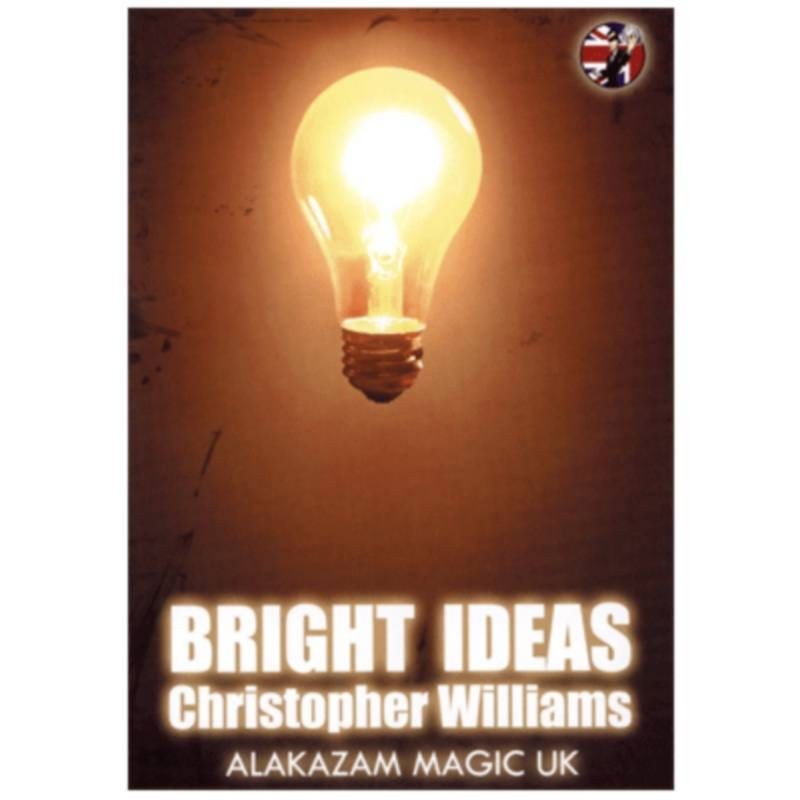 Bright Ideas is a collection of killer commercial card effects. On this video you will see Christopher Williams performing the effects in a live situation

Bright Ideas is a collection of killer commercial card effects. On this video you will see Christopher Williams performing the effects in a live situation and get some spectacular reactions with some stunning visual card Magic.

All these routines come straight from Christopher's working repertoire and have been streamlined to work in almost any performing environment. After seeing a live performance each effect is then individually broken down and explained in full detail in the studio including all the necessary sleights and subtleties that have been developed through countless performances.

On this video you will learn...

Guiltless Aces - From a borrowed, shuffled deck, the Aces are found with just a simple cut. Each phase gets better than the preceding phase with a killer kicker ending! Christopher even closes his act with this sometimes!!!

CTP - The Magicians pockets are checked by the spectator and found to be empty. Four cards, and only four (which can be signed) vanish one at a time only to appear each in a different pocket. Each vanish and reappearance gets better than the one before. This has caught the attention of several top magicians!

Sightseer - Christopher's handling of Larry Jennings 'The Visitor' effect. The spectators signed selection twice jumps from between one set of Queens between another under impossible conditions, with a kicker final phase!

Oil & Hot Water - A simple, easy to follow Oil and water, with just 4 cards! However at the end, the backs change colour! And then back again! Everything is examinable!

Thought of Cards Across - 20 cards are taken from the deck and 10 turned face up, 10 face down. The spectator chooses which packet they want to think of a card from, and in the same condition, the cards are given to a spectator, 10 cards each. Just a snap and there are now 11 in one packet and 9 in the other. The spectator's card has travelled across! But wait, another spectator saw a card...no problem! The magician snaps his fingers and another card has jumped across, leaving 12 cards and 8, the second selection has gone across! All done in the hands!