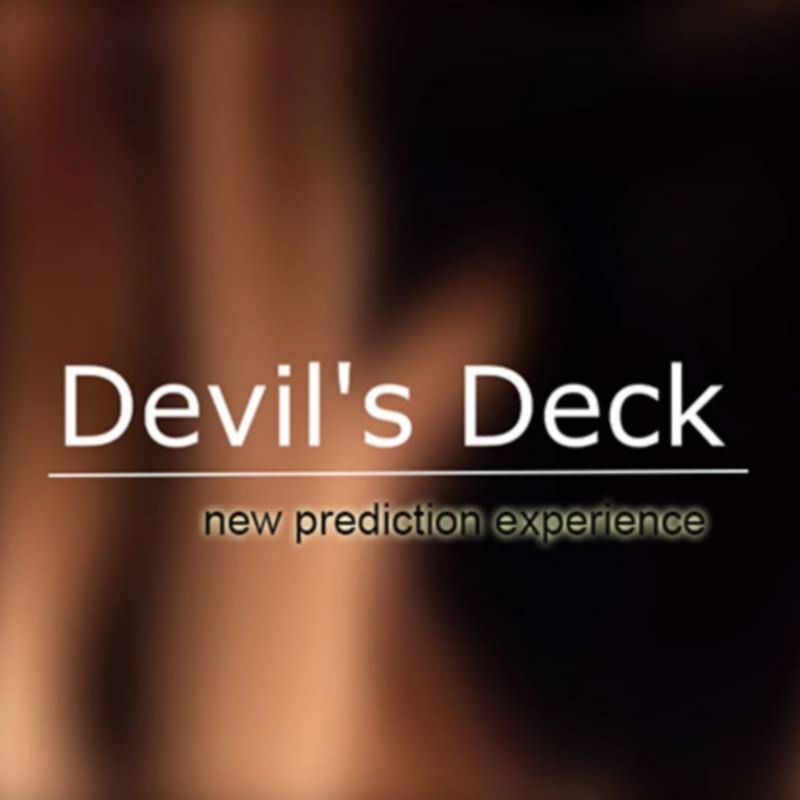 This is a new method for performing the "Any Card at Any Number" (ACAAN) Prediction. The magician shows, one by one, that all the cards are different. The magic

This method doesn't use glue, a special fluid, a magnet, adhesive paper, thread, a special pocket wallet, or a force. The spectator can even drop the card at the chosen number on the table.

This and other effects are explained in detail so you can perform this new presentation. Download the online video and enjoy performing Devil's Deck!