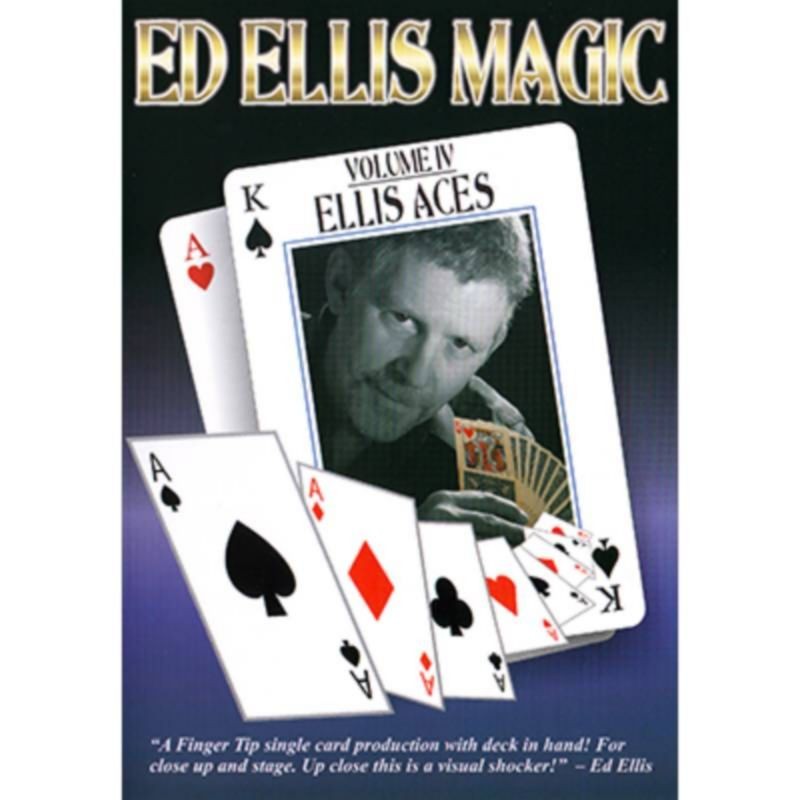 Stair Step Control- Any four cards are inserted out and injogged. this creates a STEP look and the feeling of deck DEPTH before being squared. The last card is openly shown and maybe handled by the spectator before insertion! Then all apear on top with no extra handling!

Axis Double - Designed to be openly shown then the indifferent card is placed in the middle of deck with NO APPARENT DITCH of object card on top! Demonstrates Ed's INTENT CONTINUUMTHEORY.

Rifle Slip Force - A known force with the addition of THE CARD CAME FROM THE CENTER,LOOK.

Earth Shattering Magic - Hot card ideas to be seen on a future Download...Then all collapses!!!!

So sit back, relax and enjoy this amazing Download presentation, and see for yourself why many refer to Ed Ellis as the "World's Fastest Hands".