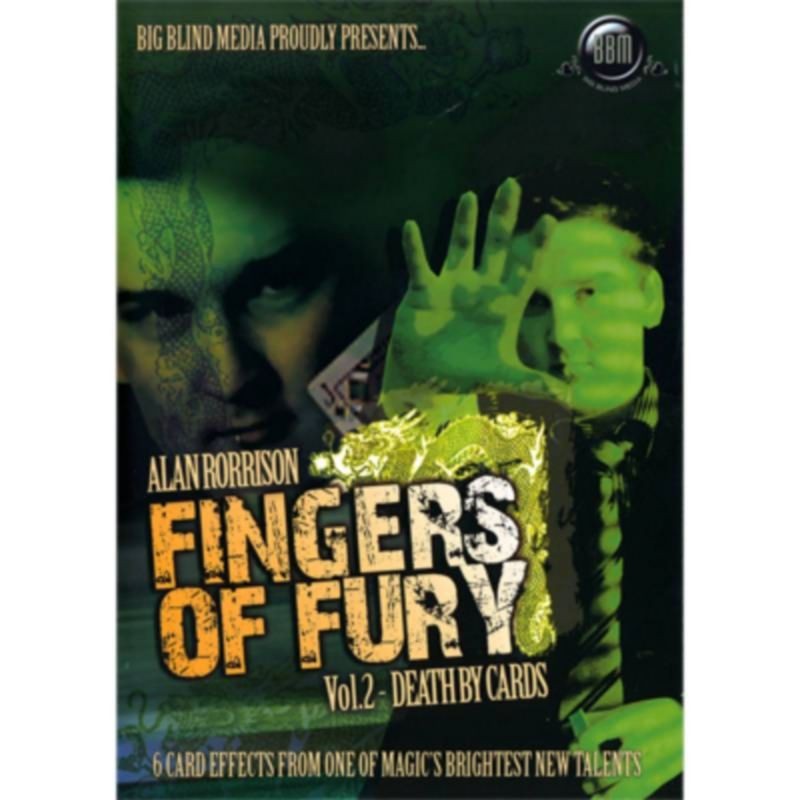 On download for the very first time, one of magic's newest and brightest talents, Alan Rorrison, unleashes the very best material from his working repertoi

On download for the very first time, one of magic's newest and brightest talents, Alan Rorrison, unleashes the very best material from his working repertoire. These are the effects that have gained Alan a reputation as a magician who, time after time succeeds in combining fresh, original plots with unique, off the wall methods.

Volume Two - Death By Cards
Watch as Alan magically links and unlinks rings torn from a playing card! Causes the deck to eerily cut itself right to a selection! Discovers a selected card between two Jokers that have been in full view throughout! All this and more awaits you on this fantastic download. Climb aboard and buckle up as we delve deep into the mind of one magic's hottest new names in FINGERS OF FURY Vol.2 - DEATH BY CARDS

242 - a selected card leaps about the deck, turning face up and changing into other cards.

JoKing - a signed card is repeatedly captured between the two red kings. Finally it escapes, only to appear between the two black kings who have been on the table in full view the entire time!

PolterDeck - A selected card becomes exiled from the deck. It leaps to the top, reveals itself mysteriously from the centre and finally shoots from the pack.

No Way - A packet of four jokers turn face down one by one. But when they are turned face up, they have changed into the four aces. And all with NO GAFFS!