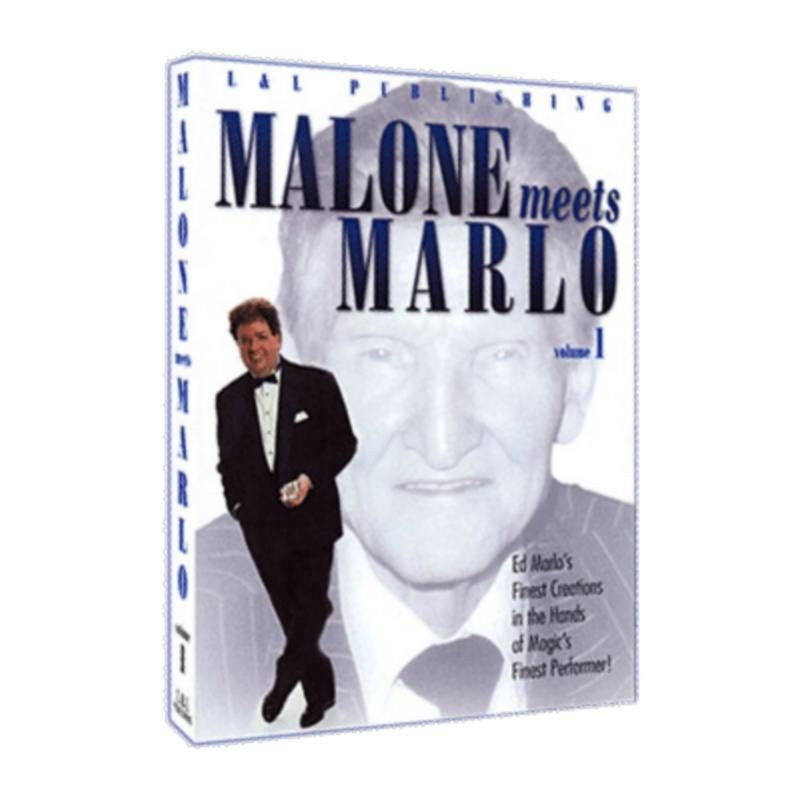 Bluff Ace Assembly - A true classic! The Aces assemble from various packets in a leader packet even when covered by a spectator's hand!

The Homing Card - No matter hard the performer tries, he just can't seem to throw away the one odd card stopping him from doing the trick!

Repeater Card to Pocket - The spectator's card travels invisibly to your pocket...three times!

A Simple Ace Routine! - Four Aces are lost in a shuffled deck and found in an impossible way! A fun effect anyone can do!

Have another Sandwich / Bluff Sandwich - A visual card transposition performed right before their eyes! Plus: An instant sandwich that will fool even magicians!

A Devilish Miracle - One of Marlo's all-time favorite creations!