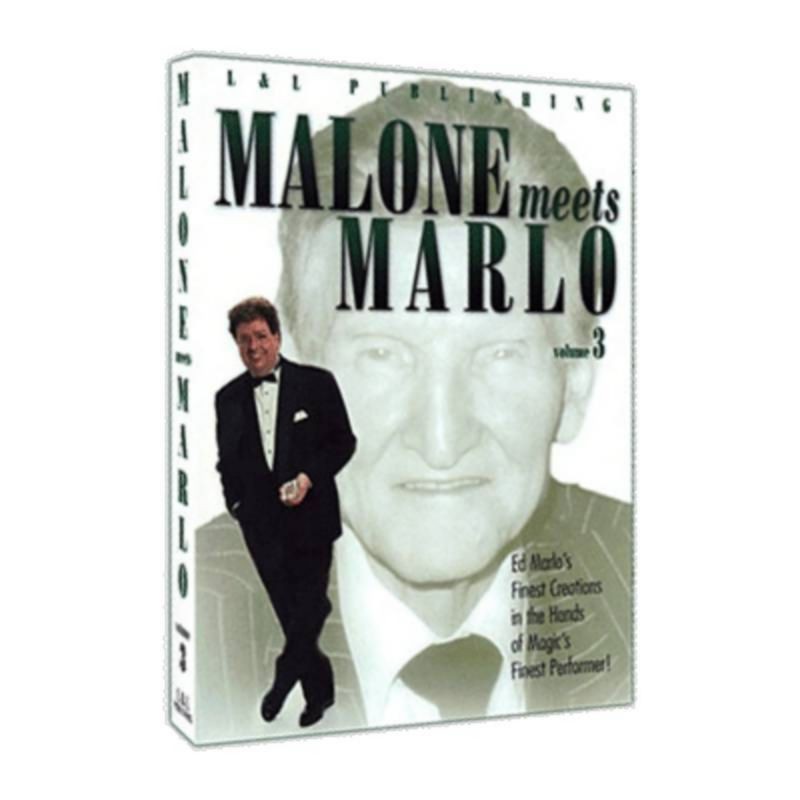 Finding My Assistants - Spectator finds the four Queens just by cutting the deck.

Spectator Cuts the Aces II and More - The spectator finds the four Aces! A few of Marlo's many versions are explained.

Think-Touch-Turn - A card reverses itself several times and surprisingly changes to the selection! Bill's great presentation for this classic!

Instant Mental Sandwich - A mentally-selected card appears sandwiched between two cards that were placed on the table before the trick even begins! Featuring Marlo's Visual Retention Switch.

The Deal Switch - Same as the above with an entirely new method! Marlo loved this and performed it many times!

Gambler Outdone - A quick version that tells a story about who's better with a deck of cards, a gambler or a magician!

A Sixy Trick - An entertaining card trick with a flurry of magic effects!

A Comedy Classic! - Everybody picked the same card-or so they think! A routine you will love to perform!

Eveready Black Routine - An impossible control for those late-night sessions with the boys!

Open Air Assembly - A version of Open Travelers using just the four Aces and nothing more!

Eight-Card Oil and Water - Black and red cards magically separate every time until the magician causes them to magically mix! Bill's routine using Marlo ideas from throughout the literature.