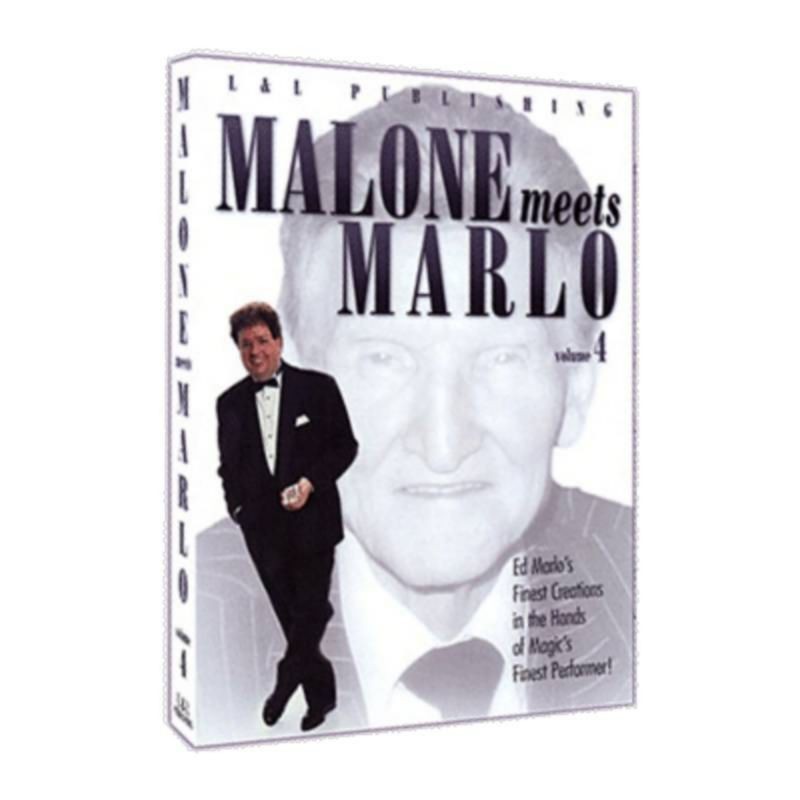 Leipzig Would Have Loved This! - Your cards, which start in numerical order, magically rearrange into the order of the spectator's shuffled cards! A great trick rarely performed these days!

Three-Packet Triumph - The cards are mixed face up and face down only to right themselves with the selected card now being the only one reversed! A variation worth learning!

Logical Faced Triumph - Same as above, and this one will fool laymen and magicians alike!

Face-up Aces - Aces inserted face down into the deck magically appear face-up on top! An unpublished Marlo routine shared with only a few of Marlo's closest friends!

The Unexpected Prediction - The magician proves he knew ahead of time which card would be chosen from a shuffled deck! A real miracle with Marlo's comedy ending!

Multiple Bluff Rise - Four Aces rise from the deck one at a time with the last one changing mid-air! You will love how magical this looks!

The Ace of Spades Trick - Over and over, no matter which card is selected, it is always the Ace of Spades! An entertaining routine by Bill compiled from some of the many versions by Marlo!

Follow the Leader / Buffaloed - Bill's take on this fun-to-perform card trick! Cards follow their leader over and over again!!

School for Gamblers - Bill's combination of Marlo ideas presented as a "how to cheat at cards" class.

Quick Cull Miracle - The magician finds four of a kind from a shuffled deck, anytime, anywhere!