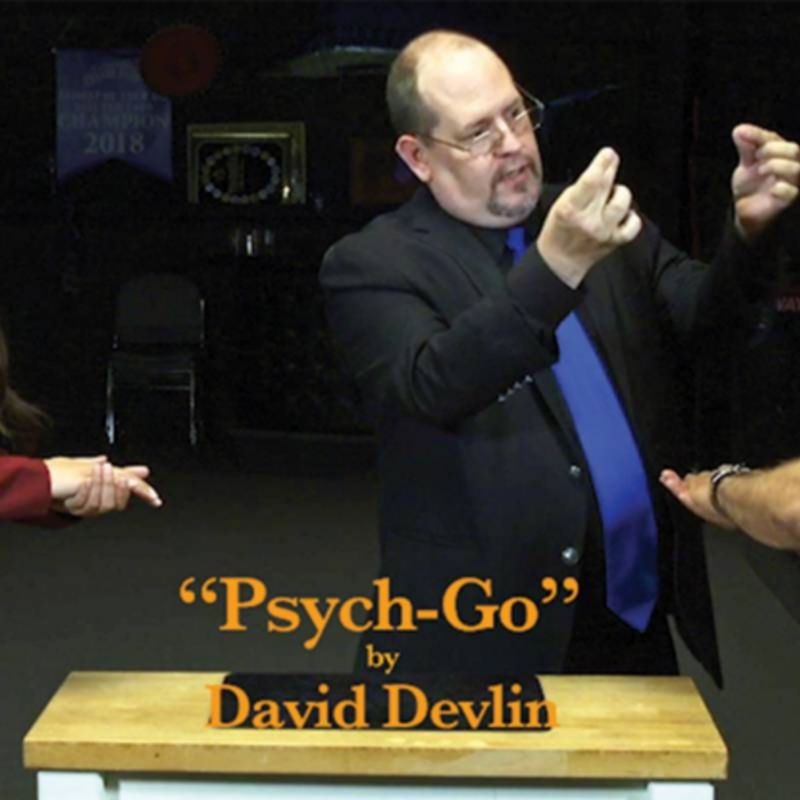 Two spectators are invited on stage. Spectator A gives the deck a shuffle, and then deals exactly twenty cards into the magician's hand. The performer gives som

The performer now explains that this is going to be a demonstration in 'Psychic Telekinetic Teleportation'. The performer has spectator A hold out his hand into which exactly ten cards are dealt. Spectator A now places his other hand over the pile of cards, completely encasing his ten cards between his palms.

The other ten cards are fanned for display. Each spectator thinks of any card (absolutely no force!). The ten cards are then dealt into the hands of spectator B, who also covers them with his other hand.

After a bit of byplay, spectator B counts his cards back into the magician's hand. There are only eight cards! The thought-of cards are not there!

Spectator A now counts his cards into the magician's hand. There are exactly twelve cards! For the first time, the spectators announce the cards that they merely thought of. Sure enough, they are both found among spectator A's cards!