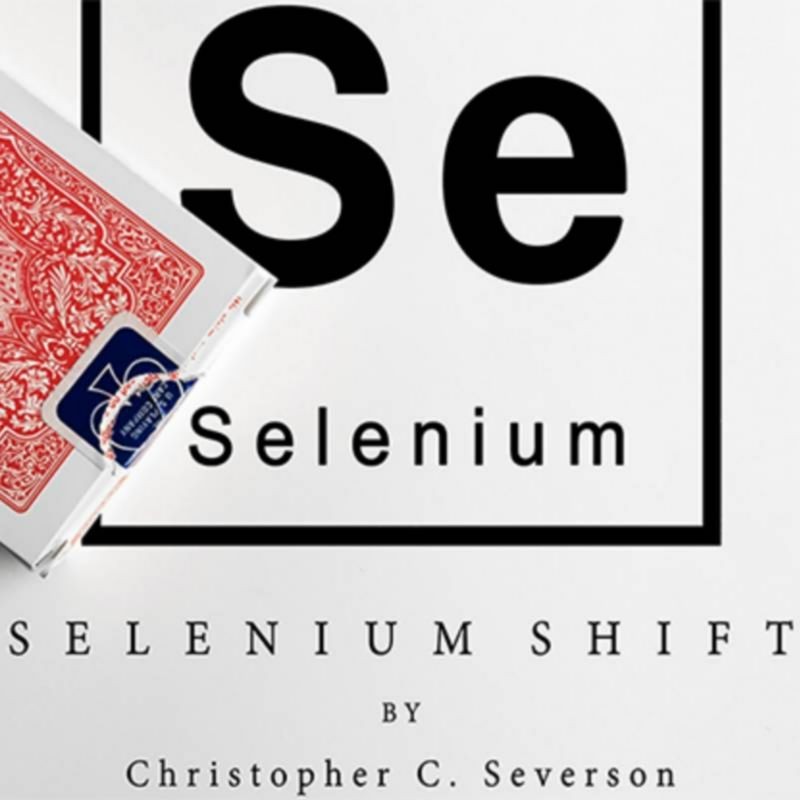 The Selenium Shift is a move that Justin Miller has called "The BEST control he's (I've) ever seen!" A move allowing you to control a selected card, anywhere in

The Selenium Shift is a move that Justin Miller has called "The BEST control he's (I've) ever seen!" A move allowing you to control a selected card, anywhere in the deck, to the top. This shift can also move multiple cards, at different depths in the deck, to the top in a blink of an eye. No breaks. No passes. No disturbing the deck order. It's silent, invisible and oh ya... it's all done one handed.

Video Download:
The Selenium Shift is taught in an over-the-shoulder angle, giving you the best learning experience and an understanding of how the move is done.
You are going to learn the basic shift and a total of ten handlings and routines including:
- Multiple Shift: Four selections go into four different parts of the deck, and as they are squared up, they instantly appear on top!
- Cover Shift: A selected card is squared into the middle of the deck, and is instantly underneath the top card.
- Instant Sandwich: A signed card is pushed into the center of the deck and instantly sandwiched between a pair on top of the deck.
- Rising Card: A selection is placed face up in the lower part of the deck, and if by magic, the card jumps up through the deck, until it reaches the top.
- One Handed: A card is placed in the deck and as soon as you look away, it appears on top of the deck, one handed, with no cover.
- Pseudo Center Deal: 4 aces go into the center of the deck, and you effortlessly deal them out onto the table!
- The Full Routine: Schizophrenia: A signed selected card routine that has 3 color changes back to back, and inverted deck, ending with a FULL deck color change. All happening in 10 seconds.
- Color Change: A buttery color change that just melts one card into another.
- Card Vanish: A face up card instantly vanishes on the deck with no movement.

"The BEST card control that I have EVER seen!"
- Justin Miller

"Upon learning the technique, I was amazed that this could have ever worked. It has become a favorite move, one that I know that I can always fool myself with in a mirror that I can't stop smiling at."
- Daniel Madison

"This is by far the sexiest shift I have ever (not) seen! I love this move!"
- Adam Wilver

"The Selenium Shift is the ClipShift of this generation. The best control I've seen so far hands down."
- Shin Lim

"If you think the control is fooling, wait until you see the applications. One of the most convincing controls out there."
- Patrick Kun