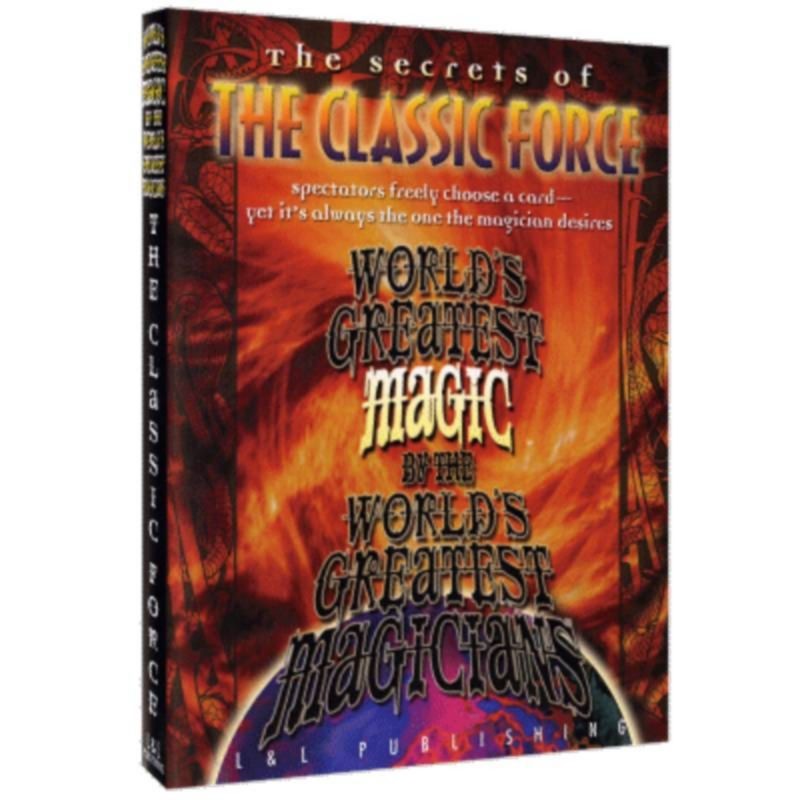 The concept of forcing a playing card - to cause a spectator to choose a specific card while apparently giving him a completely free choice - has seemingly always intrigued magicians and literally hundreds of ways to accomplish this goal have been invented. Ironically, the force technique that seems the fairest is also the most enigmatic. Traditionally called the Classic Force, the procedure leaves the audience member with complete confidence that their selection was random. However, unlike other forces that rely on methodological techniques alone, the Classic Force, to be successful and truly deceptive, also incorporates elements of psychology and precise timing. For these reasons, the Classic Force has been saddled with the reputation of being difficult to learn.

The Classic Force is not as difficult to learn as you may think and with the help of the experts you'll encounter on this video, you'll be classic forcing cards with the best of them in no time!