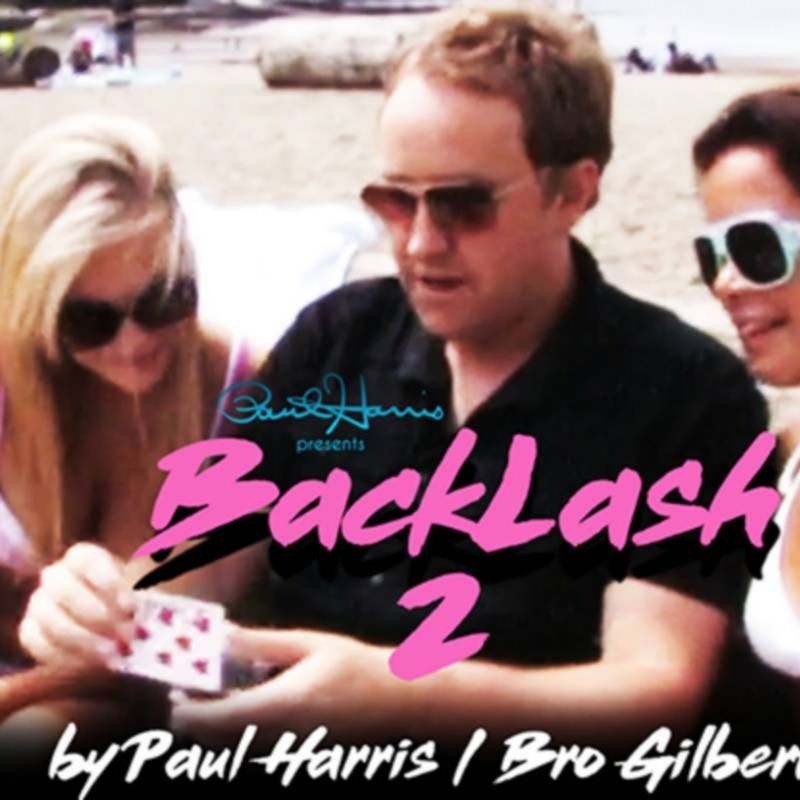 Hypnotize them with a deck of cards! Backlash 2 is an updated, streamlined version of Paul Harris's famous Backlash effect. A playing card is clearly signed on

Hypnotize them with a deck of cards!

Just as suddenly the signed card vanishes from the deck and appears back inside your pocket. You now show their signed card on both sides and shake it gently in front of their eyes... mouths drop when they see their signature slowly morph into yours! You can now hand the card out as a souvenir to remind them of your astonishing interaction.

Easy to do, no difficult sleight of hand.

Appear to have complete control of their thoughts and mind!

Use any deck of cards. End by giving them an impossible object to keep! Includes bonus interview with Paul Harris discussing the effect, timing, and presentation! Download Backlash 2 today.