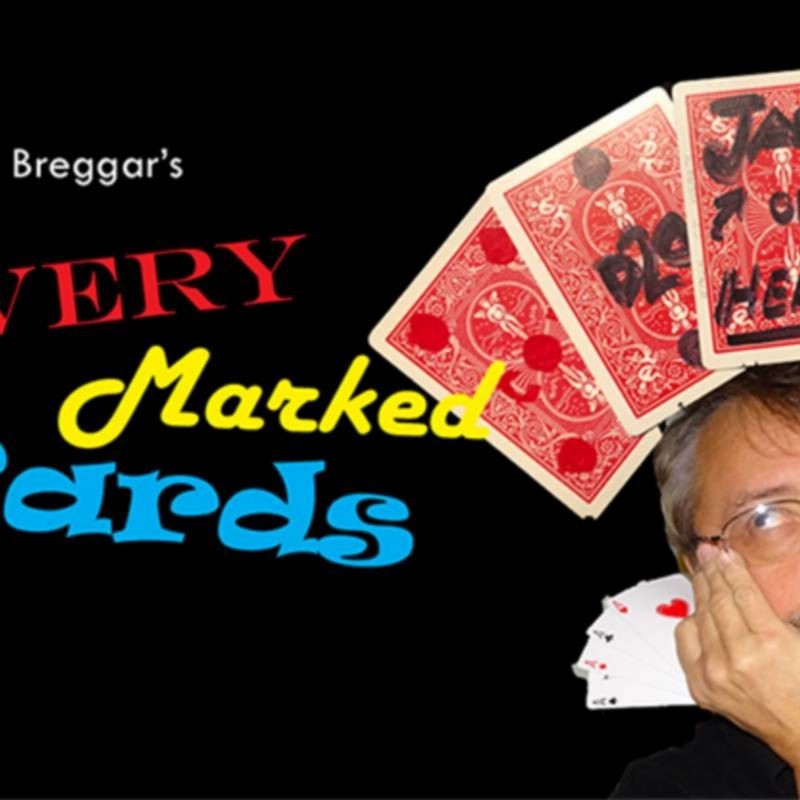 You know Michael Breggar from his work in The Linking Ring plus his extremely well-received books, The Five Roads to Vegas, Back to the Launching Pad, Dancing w

You know Michael Breggar from his work in The Linking Ring plus his extremely well-received books, The Five Roads to Vegas, Back to the Launching Pad, Dancing with the Cards and Influence-Enza. Now, Michael brings you an awesome and funny trick which will have your audiences wanting to get new glasses!

"I'll let you in on a little secret," you begin. "People are always asking me how magicians do certain tricks." You reach for a card case, open it and remove the cards. "When magicians perform certain card tricks, sometimes they use marked cards." You slide a few cards off the face-up deck. "Let me show you... I only need three or four cards. The first card here is the six of spades. Next is the jack of hearts." You show these cards as you peel them off the small pack of four cards you are holding. You place these two cards face-up on the table. "Cover these two cards with your hand, will you?" you ask.

You now carefully show the two cards remaining in your hands... the two of diamonds and the Five of Clubs. Showing the backs of these two cards you comment, "The markings on cards are very nuanced. Sometimes so nuanced, you can't even see them! Unless, of course, you know exactly where to look and how to look and have taken the years of practice to see these markings." You now have the cards right under the spectators' noses. They look to be completely normal in every way! No markings can be seen.

"Let me help you. I'll use magic to make these markings easier to see." You snap you fingers and separate the two cards. On the back of the 5C, five large red dots are now visible! "I know... that is still pretty hard to see because it is red ink on a red background! Let's make it a bit easier..." Another finger snap and you turn the 2D over. Its back now sports two large black circles with a big "D" for Diamonds in the center of the card.

"Much easier to see!" You point to the Jack under the spectator's hand. "If you still need help seeing the markings, try this..." Two snaps and two hand claps and one more snap, then you show the back of the JH which has printed in large, thick black letters, "JACK OF HEARTS".

"And if even THIS gives you a problem... well... you better see an eye-doctor!" With that, you flip over the 6S. On its back is an eyechart!!

You don't need an eye exam to see that this is a fun and amazing effect. Great as a stand-alone effect or to kick off a card set. Perfect for close-up, table-hopping or walk-around sets. And... true to the "Auto-Magic" mantra, it is sleight-free!

Past reviews for Michael's books, tricks and articles have made him blush:

"The clever and talented Michael Breggar, major-domo of the 'Auto-Magic' column in The Linking Ring, has done it again!"
- Marc DeSouza

"I don't think there is a higher recommendation I could give to a book."
- Marc DeSouza

"Michael provides recognizable forms for the simplicity and cleverness of the methods to secretly nourish the engaging and amusing themes he has chosen to anecdotally share-not as tricks per se but as congenial curiosities... which is a difference that truly makes a difference!"
- Jon Racherbaumer

"How he creates these effects is beside the point. But Michael's 'Auto-Magic' always leaves me and my spectators in awe."
- Rupesh Thakur (The Nepal Illusionist)

"Mike's thinking is solid. His goal is to hit the spectators hard with streamlined methods focusing on the effect rather than knuckle-busting moves, but never at the expense of the magic or entertainment. He understands that it is the effect, the whole effect, and nothing but the effect that matters in the end. That and entertainment."
- Anthony Vinson

VERY MARKED CARDS is available as an instant download (video instructions plus a PDF with the DIY instructions and artwork).