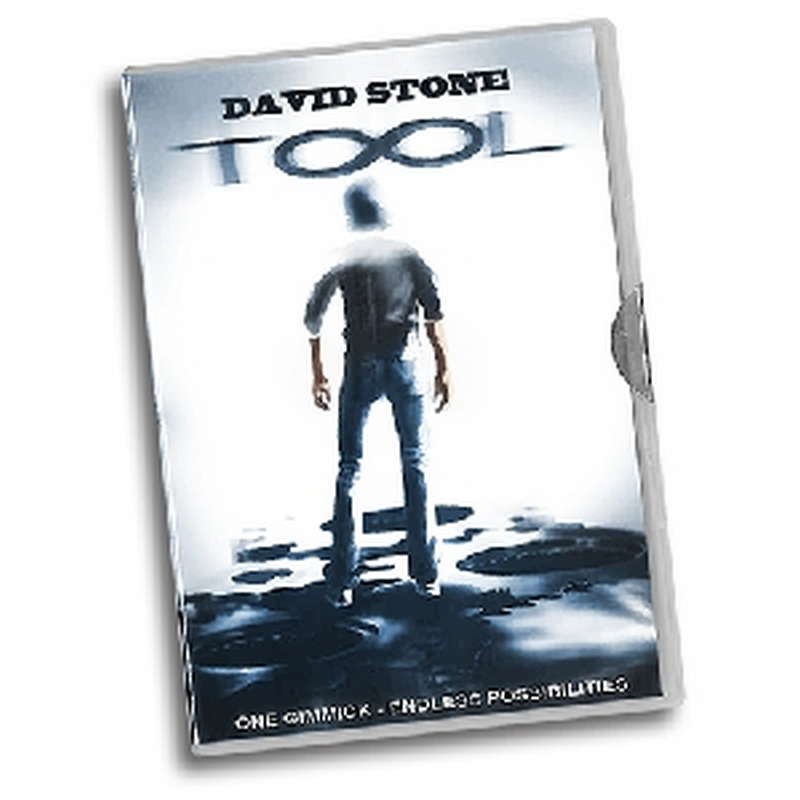 Tool is much more than a gimmick: It's a real tool that will allow you to perform more than 11 routines completely different and easy to do!

Tool is much more than a gimmick:

It's a real tool that will allow you to perform more than 11 routines completely different and easy to do!

Visually change the color of the cards' back witout any sleight

Instantly and visually restore a signed and torn card

Magically produce your credit card or your business card

Perform the "Substitution trunk" in close-up situation with cards

Show the most amazing version of the "Stabbed card" routine ever


11 professional routines, tested on real audience that made David Stone's réputation in close-up!

Visually change a coin into a banknote

Make visually turn over all the cards except the choosen one

Tear the top of a cardcase and visually restore it

Make some cards vanish from your hands whithout any sleight "David Stone has just proved we can start thinking where others have stopped." - Etienne Pradier

"Except with a thumb tip, I have never seen so many clever applications with only ONE gimmick!" - Mickael Chatelain

The perfect Opening trick with cards! A visual color change where everything is given for examination! The magician remove a blue back deck out of a red cardcase and asks a spectator to touch any card. The performer taps the choosen card on the cardcase and its back becomes red! Then the magician taps the cardcase on the deck... that visually becomes red too! All the cards are now red... and are given for examination!

The classic effect where the magician can't find the choosen card... He then takes the cardcase to tap gently the wrong card with it : It visually changes into the choosen one! No force, the card can be signed and the effect is really magic and visual!

Finally you will be able to perform in professional situation a signed, torn and instantly restored card routine... without any complicated sleight! Do you know how to do a triple lift? Then you can perform this incredible routine in less than 10 minutes!

Without a doubt one if the easiest but strongest cards cheating demonstration! Imagine this : You cut the deck in two parts and ask your audience to shuffle them. Get the cards back together and you can instantly produce the 4 aces! (for exemple...). No palm, no sleight, as clean and so easy!

Have a card signed and lost in the deck. Explain that to find the card, you need to use your... credit card! Just take the cardcase and caress the deck with it : Your credit card visibly appears on the top of the deck! Give it to the spectator and explain him he can insert it wherever he wants in the deck, he will find his signed card under it. But he fails... You seem embarassed until you realize that the signed card has vanished... Show the cards one by one, the signed card is actually not in the deck anymore! Show your hands completely empty, and grab the cardcase stayed on the table : Open it, and remove the signed card out of it! No Palm!!!

Perform the Sub Trunk in Close-up! The magician remove an ace of spades and a Queen of hearts from the deck, explaining they will both represent « the Magician, and his Partner performing the famous illusion of « The substitution Trunk ». After having given the cardcase for examination, the magician puts the ace of spades inside and close it. The queen of hearts is openly put face up on the deck of cards... Then the magician takes the cardcase and tap on the Queen of Hearts that visually changes into the Ace of Spades! The performer opens the cardcase and the Queen of Hearts is now inside! A visual effect, totally self working , ideal for TV or for children.

Do you like Mentalism? The performer asks a spectator to indicate him 4 people from the audience who know her very well. Each of them touch a card at random when the deck is held face down and the four cards are slowly put on the top of the deck, without any suspect move. The mentalist asks then to the spectator to turn the 4 cards face up one by one... their value indicates her birth year! Hard to believe, but completely Self Working, NO sleight!

Do you know the famous Gaëtan Bloom's Card Stab? In this version the spectator can shuffles the cards and put them by himself in the cardcase! Then you lock it with a rubber band ... You then gives a kniffe to hanlde to the spectator and drop the cardcase in an empty enveloppe... Suddenly, you impale the bag on the knife : The signed card is stabbed on the kniffe while the cardcase is still closed by the rubber band... Everything is done for examination ... No Palm, just devilish and hyper easy to realize!

A card is choosen and lost in the deck in a very clean way. It seems impossible to find it back. The magician takes the cardcase and carress the deck with it as for a magic move : All the cards instantly turn face up! All the cards... except the choosen one! And everything can be given for examination right away!

A card is selected and lost in the deck. To make it more impossible, the magician shuffles the cards face up and face down : One can clearly sees that the cards are shuffled face up and face down... A simple magic move with the cardcase on the cards, and they instantly all turn face up... except the choosen card! A very easy and extremely visual version of the classic « triumph » effect that can be performed stand up without any table

A card is choosen and lost in the deck. The magician explains that to find it back, he will pick 4 cards at random. He clearly shows four cards in his hands and of if them appears to be the selection... A simple magic move, and all the cards vanish except the choosen one! Read that : No Palm! Just a very clever way to use the gimmick for an original and visual application!

Visual printing (of a borrowed bill on the back of a signed card!)

Included: DVD + 2 gimmicks (one for training, the other for the performance)

All the routines are completely different

No palming and no complicated techniques 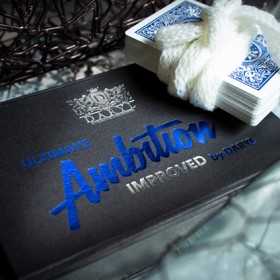 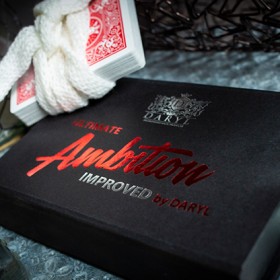 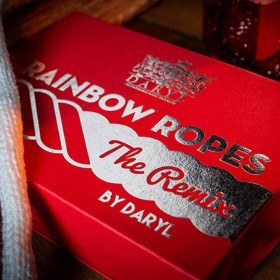 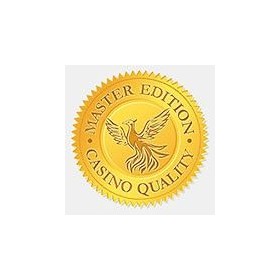