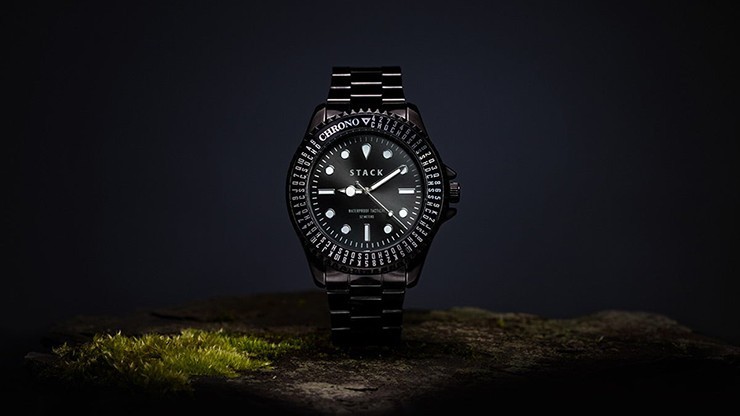 THE STACK WATCH is the world's first anti-memory wearable for stack work in card magic. A covert, must-wear device for deciphering a stacked deck... Without you having to ever know stack.

What time is it? What position is the 5 of clubs in mnemonica?
One quick glance at your watch during performance can tell you both pieces of information.THE STACK WATCH is the world's first anti-memory wearable for stack work in card magic.A covert, must-wear device for deciphering a stacked deck... Without you having to ever know stack.
Dynamically tracking the ever-changing position of every card in a mixed deck.

Forget Resolutions
There's a reason millions of gym memberships go to waste and diets always start 'NEXT' Monday.
People are busy and the lowest task on their priority list gets kicked to the curb.
Mnemonica is without a doubt, one of the strongest, most incredible tools in magic. There's a reason Blaine's TV and private performances contain a lot of mem-deck stuff... but it's damn hard to learn.
You always tell yourself you will, but you won't.
The good news with THE STACK WATCH is that it puts Mnemonica back on the table... Like a giant calorie-free sundae for magic.
You don't need to try to learn it, because the watch is there for you, exactly when you need it. It's instant, requires no work, no memory songs, no concentration and no testing.
Everything you can do with mnemonica has just been made simple, because you don't have to learn it.
Don't say I will. Say I don't need to.

CHEAT CODE - UNLOCKED
If magic were a video game, THE STACK WATCH would be a cheat code to unlock a level 9000 Wizard with unparalleled powers.
The bezel silently surfs around the dial and is completely bidirectional.
This ability to move in a fluid motion can help you track the decks order, even if it's cut.
Something, up until now, only the most skilled memory-workers could master.
This allows you to achieve STACKED DECK mastery. Everything taught in Tamariz' Mnemonica or Pit Hartling's incredible book 'In Order To Amaze' is now possible to perform with the STACK WATCH.

HOW IT WORKS - EASY, NO MEMORY ACAAN
Twist & track every card in every position of the deck. If the spectator names position 16 and the 5 of clubs, you just twist the dial to that position. Now it shows that you need to cut the 8 of hearts to the face of the deck to ensure the ACAAN is bang on.

Quality Over Quantity
This isn't a gimmick. The word gimmick suggests it's cheap, disposable and into minute 14 of it's 15 minutes of fame.The stack watch is a utility timepiece. A tactical decoder that just happens to be hidden on a high-quality watch. No expense spared.The black steel band secures a Japanese movement timepiece powered by a quartz ultra SL68 movement.No software updates and no pairing.

Luminous Absorption
Stack Watch's dial is coated with a luminous absorption material to ensure the key markers are with you 24/7.It can go as long as you can - and beyond.

The Creation
Every idea is like a rock. Every product is a polished jewel.
The jewel was ALWAYS there, under the rough exterior, but it needed exposing. That refining within this industry is where classics are born.
In mid-2019, Peter Turner approached the Ellusionist team at a Penthouse party in Las Vegas. He had the idea of putting a stack crib on a watch face. Instead of numbers, it was playing cards.
52 minutes, washed away by the more important information. The deck.
He'd had the idea for years, but has never released a device to the industry before... and didn't know where to start.
He didn't know STACK, he'd never even tried to learn it, but this new idea would make his efforts obsolete anyway. It just needed to be realized.
Fast forward 14 days and 6 hours later and a DHL delivery driver knocked his door with the very first STACK prototype.
The numbers weren't perfect, the band wasn't tailored, but it was PROOF. Proof that it DOES work.
Later that day, Geraint Clarke joined Pete on a catch-up Skype call and said "Why don't you put the cards on a silent, bidirectional bezel. Like a divers watch."
That one refinement would allow magicians to re-track the order of a mixed (cut multiple times) stacked deck, with nothing but a twist. Something that looks natural and can be done right under the spectators nose.

The STACK WATCH was born.

In the following months, the Team has received, worn, used and broken tens of prototypes in their pursuit of perfection.

Now, customers can be safe in the knowledge that this wasn't a one and done product. We've produced something for us that we can also sell. Not something to sell, that we'll never use. 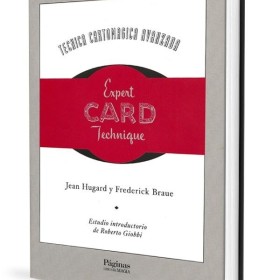 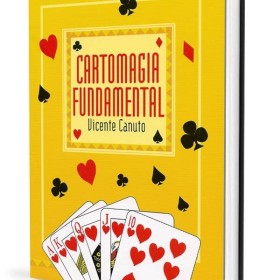 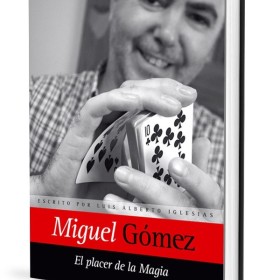 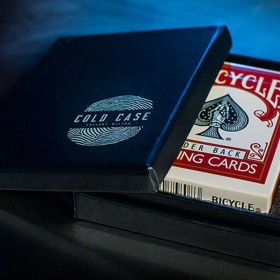 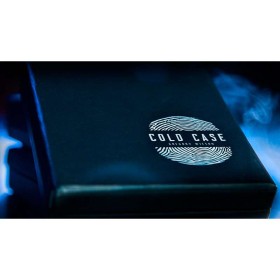 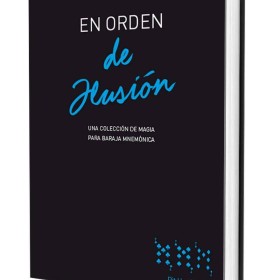 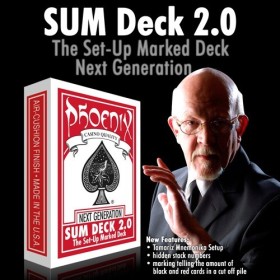 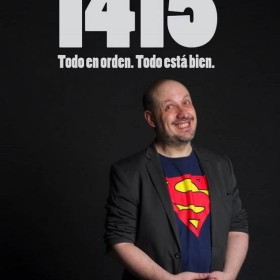 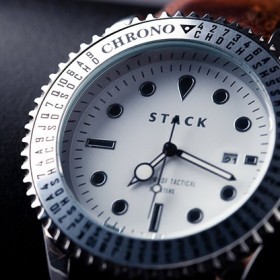 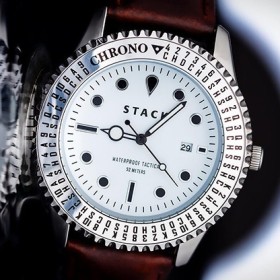 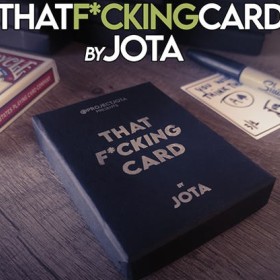 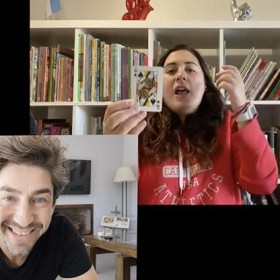 That f*cking card by JOTA 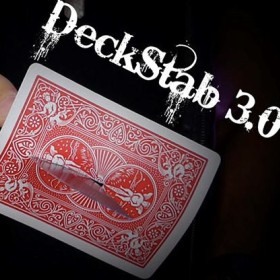 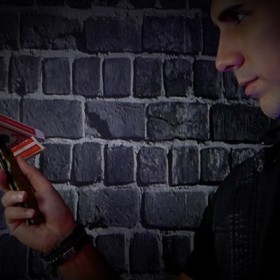 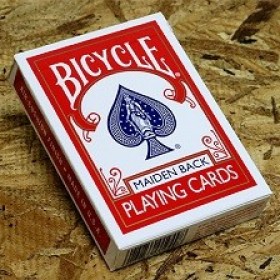 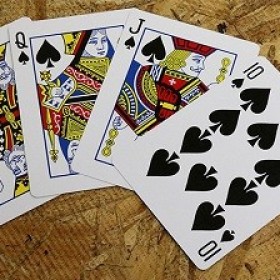 Bicycle Maiden Back (Red) by USPCC