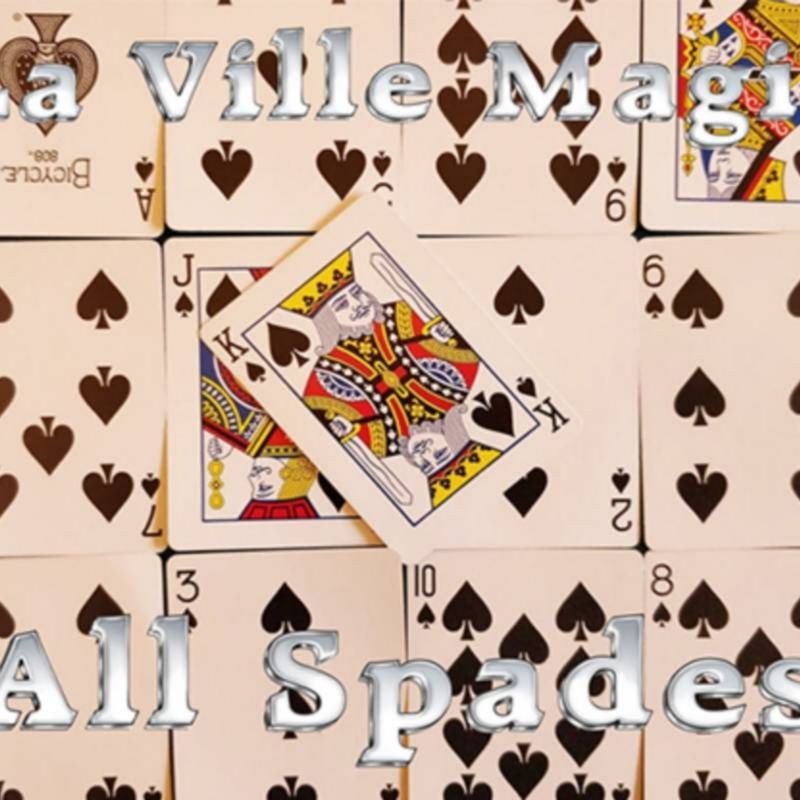 Effect 1: All Spades A card is selected by a spectator and placed to the side. The magician says that the deck is going to tell you something about the chosen c

A card is selected by a spectator and placed to the side. The magician says that the deck is going to tell you something about the chosen card. The magician also shows four items. A card case, telephone, Rubik's cube and some rubber bands. The spectator chooses any of the four items, and the magician now spells the item's name, dealing a card for each letter into 4 piles. You do this until all the 4 items have been used in any random order. The magician now collects the piles and spells the items' names one more time. On the last letter the items are spelled with, a card is placed to the side. The first card tells you the color of the chosen card. The second card tells you its suit. The third card indicates whether it is odd or even. The last card tells you if it is a number card or a picture card. So now you know it's a black card, a Spade, an odd card and a picture card. All 4 cards are Spades. Now the magician turns over the top cards in each pile -- all those cards are also Spades. The bottom cards of each pile are also shown, and those 4 cards are also Spades!

You now have 12 Spades face up on the table, so the chosen card must be the King of Spades.

Same as effect 1, but there are only 3 cards that are Spades in the end. Those cards are added up together and gives the total of 13. Then the chosen card most be the King of Spades.

Same as effect 1, but here you don't use any items. Instead you show a card with some questions, and spell these questions, as you did with the items. You can also just have the questions in your notes on your phone.

Effect 4: 4 of a Kind Tantalizer

You produce a chosen card and the three mates. After this effect, the cards are setup so you can perform All Spades or Ask the Deck.

You can also just use the last effect to produce a chosen card and their mates.