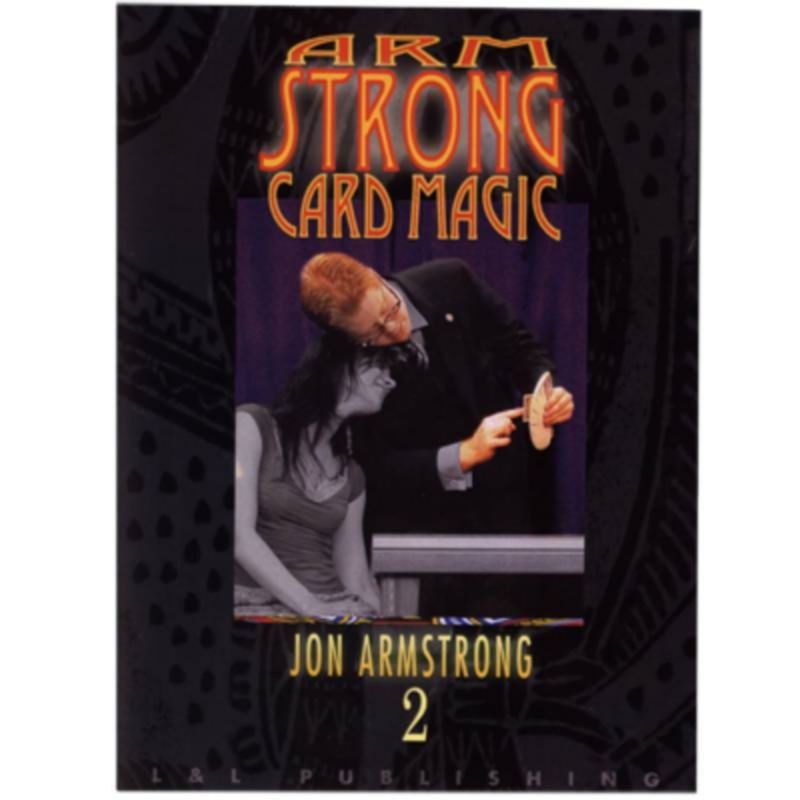 Jon Armstrong has made a living with his quick wit and a deck of cards for most of his life and the material in his exciting new download series is right out of his working repertoire. Learn how to turn boring card tricks into entertaining card magic!

Jon Armstrong has performed for some of the world's most prestigious audiences in over 30 countries worldwide. Growing up in Orlando, Florida, Jon became fascinated by the magic he saw in the theme parks around him and dreamed of one day having his own show. This dream came true when Disney asked him to bring his act to Epcot and he became the resident magician at Walt Disney World at the age of 20. Las Vegas was next as Jon became a recurring headliner at Caesar's Magical Empire. It was also during this time that he started touring around the world as both a performer and lecturer.

Jon now resides in Los Angeles and is a frequent performer at the world famous Magic Castle. His television appearances include A&E's Magic Castle After Dark and USA's Ready For The Weekend. He's also worked as a television consultant on such shows as CSI:NY, Las Vegas, The Wizards of Weverly Place=2 0and is currently a magic advisor on the hit CBS show The Mentalist. Within the magic community, Jon's been featured in MAGIC, The Linking Ring, and M-U-M. He also appeared on the cover of the December 2004 Genii in an issue dedicated to his magic. In April 2007, following two years of nominations, Jon was named Close-Up Magician of the Year by the Academy of Magical Arts.

volume 2
The $10,000 Card Test Plus - Annemann's classic effect taken to an entirely different level as two cards - one selected but not even looked at and the other just merely thought of - are divined by the performer. Jon has used this as a show closer!
My Opening Act - Jon's bread and butter opener featuring a medley of effects that prepare the audience for the miracles to come during the rest of the show.
Hoff's Glasses - A selected card passes invisibly among cards placed in three goblets. You'll also learn Jon's easy and effective deck switch.
Instant Sandwich - A selected card instantly appears between two Queens and just as directly vanishes, only to be found reversed in the deck.
Dyslexia - A fun routine where a packet of five cards keeps instantly reversing its order no matter how many times they are fairly displayed and counted.
Balls To The Wall - Jon's streamlined version of the Collectors plot as three selections instantly appear between four Kings which were tabled from the outset.
VSM - A selected card is plucked from a shuffled deck with two Queens. As a finale, the selected card melts through a spectator's hand to join the two Queens that he's holding. You'll also learn other creative ways to use Jon's VSM (Versatile Sandwich Move).