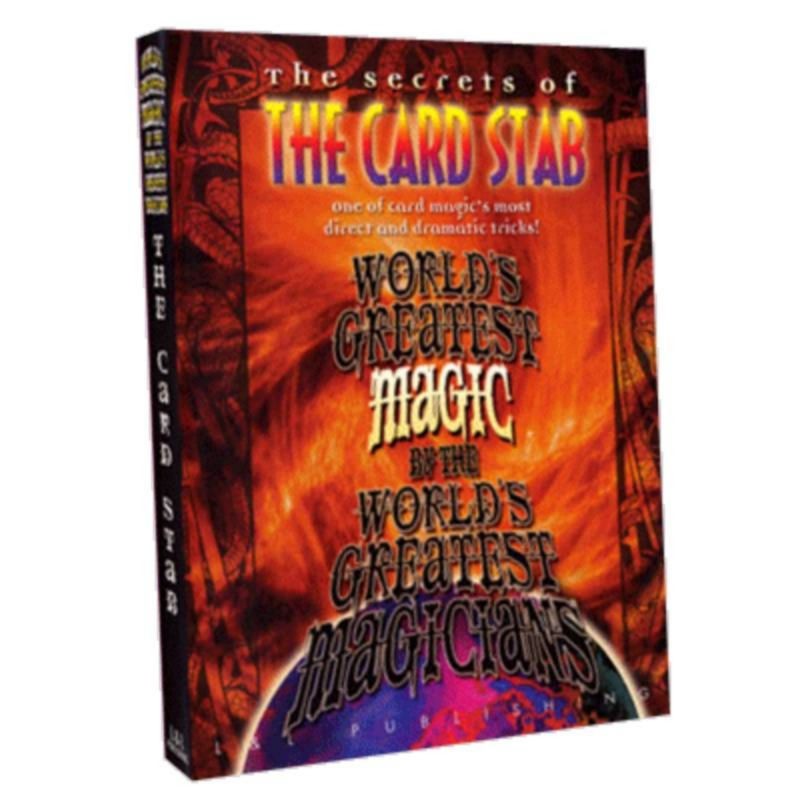 If you could have one set of magic, this would be it! This benchmark collection features just about all of magic's most enduring and classic effects and routine

If you could have one set of magic, this would be it! This benchmark collection features just about all of magic's most enduring and classic effects and routines. It's a fabulous compendium with many of the top masters in the world of magic teaching their handlings and routines for some of magic's classics. Linking rings, sponge balls, metal bending, cups and balls, thumb tips, Zombie, color-changing knives, and many, many more topics are all gathered in this one terrific reference set. Each volume covers a specific subject and features new, old, and sometimes rare footage by some of the top video producers in magic.

One of card magic's most direct and dramatic tricks!

Since the early 1700's, magicians have been dazzling their audiences by finding selected playing cards with knives. In the intervening years, legendary magicians such as Charles Bertram, Nate Leipzig, Karl Germain, Max Malini, and countless others have used this effect to astound onlookers and forge reputations.

You'll be treated to seven different interpretations of the Card Stab. Johnny Thompson begins with Max Malini's legendary version as he stabs three selections from cards scattered across a table while blindfolded. Michael Ammar contributes another legend's take on the Card Stab - this time Nate Leipzig - as two cards are located by a knife thrust into the center of a pack of cards that's been wrapped in a napkin. In a similar vein, Frank Garcia enables a spectator to stab their own signed selection in a wrapped-up pack while also providing a lovely bonus card production from a card case. Daryl finds a selected card by stabbing through a newspaper that covers cards that are spread across a tabletop while Jeff Sheridan expands on a Milbourne Christopher concept and stabs a card from a shuffled deck while it's suspended in a bag fashioned from a paper napkin. Steve Dacri demonstrates how to make the Card Stab play big as he stabs two selections right out of the air and Paul Potassy shows off the trick he used as an encore when he performed on some of the world's most prestigious stages.

Milbourne Christopher once wrote in Hugard's Magic Monthly, "Card-stabbing mysteries are effective on the largest stages, on night club floors when the magician is entirely surrounded and, paradoxically, close-up." In this volume, you'll find ample proof of Mr.Christopher's assertions.