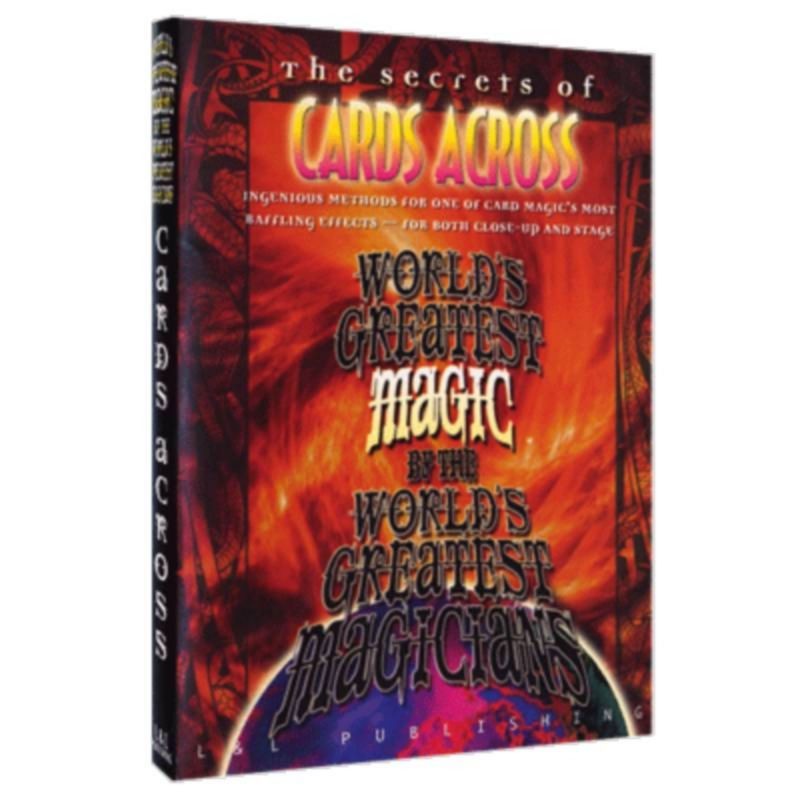 Since the days of David Devant, the idea of magically causing playing cards to move invisibly between two places has intrigued magicians and inspired them to co

Since the days of David Devant, the idea of magically causing playing cards to move invisibly between two places has intrigued magicians and inspired them to come up with different twists and methodologies. Cards Across, as the basic plot has come to be known, is also of interest close-up and stage performers alike because of how well a strong performance of this trick plays for audiences.

On this volume you'll find some of magic's best performers performing and explaining their own versions of this time-honored classic. You'll find basic but strong handlings from Bill Malone and Michael Skinner to more involved routines with the cards visibly vanishing and traveling twice, such as in Dan Harlan's routine. Bruce Cervon causes two signed cards to travel while in Juan Tamariz's version, cards that were merely thought of move from one spectator's hand to another's. You'll also discover Michael Ammar's routine with sealed envelopes, with two selected cards traveling from one impossible place to another, and Michael Close's hilarious take, where the cards travel from one really impossible place to another.

If you've been looking to add to a version of cars across to your close-up or platform repertoire, this is a veritable embarrassment of riches!

BRUCE CERVON
The BC Cards Across