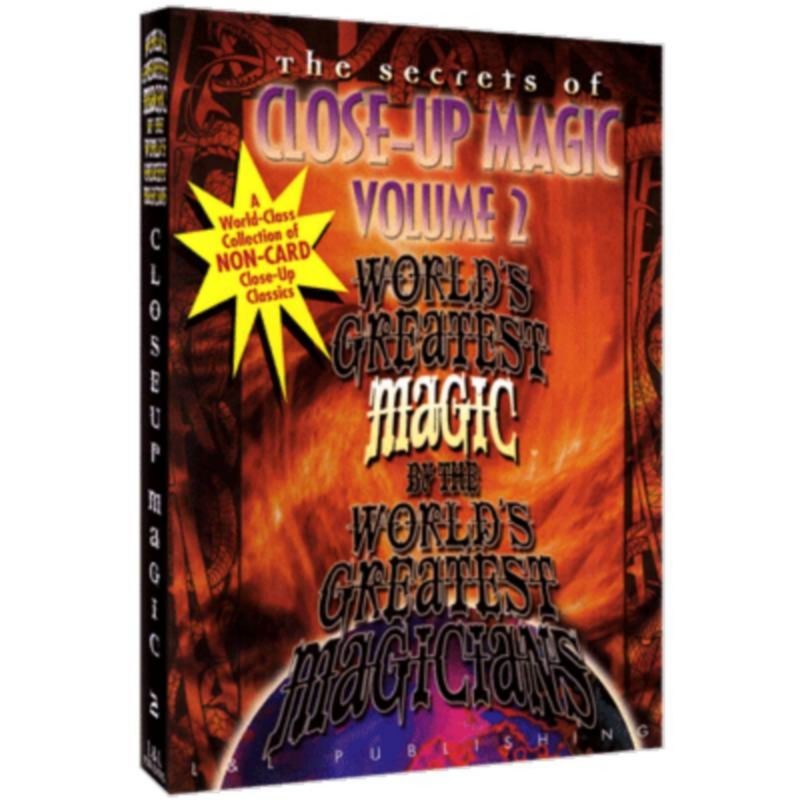 Magicians who specialize in close-up magic are constantly in search of material that doesn't use playing cards. Easily seventy-five percent of the magic that's

Magicians who specialize in close-up magic are constantly in search of material that doesn't use playing cards. Easily seventy-five percent of the magic that's been published over the last 50 or 60 years has been card magic of one kind or another so quality non-card material is a relatively scarce commodity in the literature.

On this video, you'll meet eight different performers presenting and teaching powerful close-up routines that will wow any audience - and there's not a playing card in sight! Eugene Burger and David Parr begin this volume with a stunning update of U. F. Grant's classic bill transposition. Banachek is next with a sensational book test while J. J. Sanvert combines two effects to create a wonderful interlude with a spectator's borrowed bill. Gregory Wilson follows with a mind-boggling bill switch routine that takes the audience on a figurative trip around the world while Paul Wilson performs and teaches a streamlined version of John Ramsay's classic Cylinder and Coins. Finally, Daryl demonstrates a totally impromptu one-cup routine that can be performed any time and any place.

It's been said that even the world's largest and most spectacular stage illusion cannot create the impact - that feeling of pure astonishment - of a good, well-performed piece of close-up magic. You'll find eight compelling pieces of evidence to that effect.