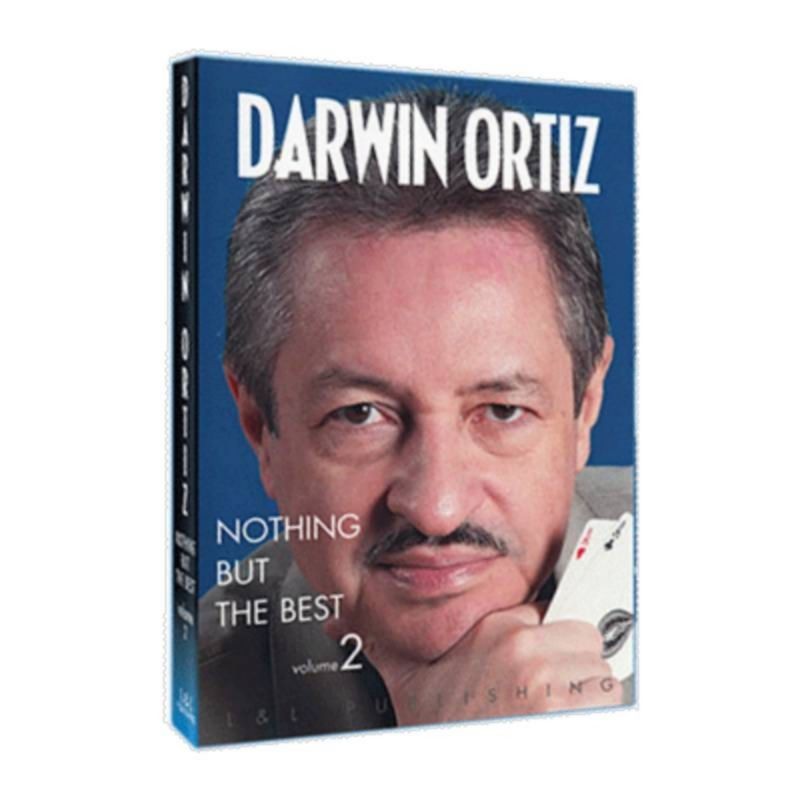 Darwin Ortiz is a rare combination of technician, creator, thinker, and performer. Darwin's sleight-of-hand skills, combined with his knowledge of gambling scam

Darwin Ortiz is a rare combination of technician, creator, thinker, and performer. Darwin's sleight-of-hand skills, combined with his knowledge of gambling scams, have led to his consulting for gambling casinos in a dozen countries. His books on card magic are considered modern classics as are Strong Magic and Designing Miracles, his two best-selling books on magic theory. As a performer, Darwin has worked for numerous Fortune 500 companies, colleges and universities throughout the country, in addition to both the Bush and Obama inaugurals. He has also appeared on numerous television shows and even on stage in a two-man show with David Roth.

In this landmark video series, Darwin performs the most stunning effects from his legendary repertoire - all newly shot in stunning digital clarity - for a very enthusiastic audience. You'll first see Darwin perform a complete show (a lesson in itself on how to routine card magic to create an immersive and entertaining experience!) Then, after the show is over and the audience has gone home, Darwin teaches his diabolical methods in meticulous detail so that you can add these amazing effects to your own repertoire. What's more, you'll also be treated to some of Darwin's theories on magic and its performance - sage words from one of its most thoughtful practitioners.

Darwin Ortiz had a very simple goal with this video set, one you'll most certainly agree that he's achieved - nothing but the best!

Beyond Collecting - Most versions of this plot are marred by overhandling. In this direct version, the Aces simply materialize. A moment later, the selections materialize between them.

Passing Through - Marlo's Push-Through Failure is taken to new heights to produce a novel demonstration of impossible skill.

Hard Target - The traditional sandwich plot is transformed into a display of uncanny skill. Two selected cards are located under the most impossible conditions.

The Marker - This is considered by many to be the best presentation ever devised for the Torn and Restored Card. It's meaningful, motivated, and memorable.

Theory- One of magic's greatest thinkers offers his insights on three of the most important subjects in magic: Conviction and Conditions, Causality, and The Critical Interval.