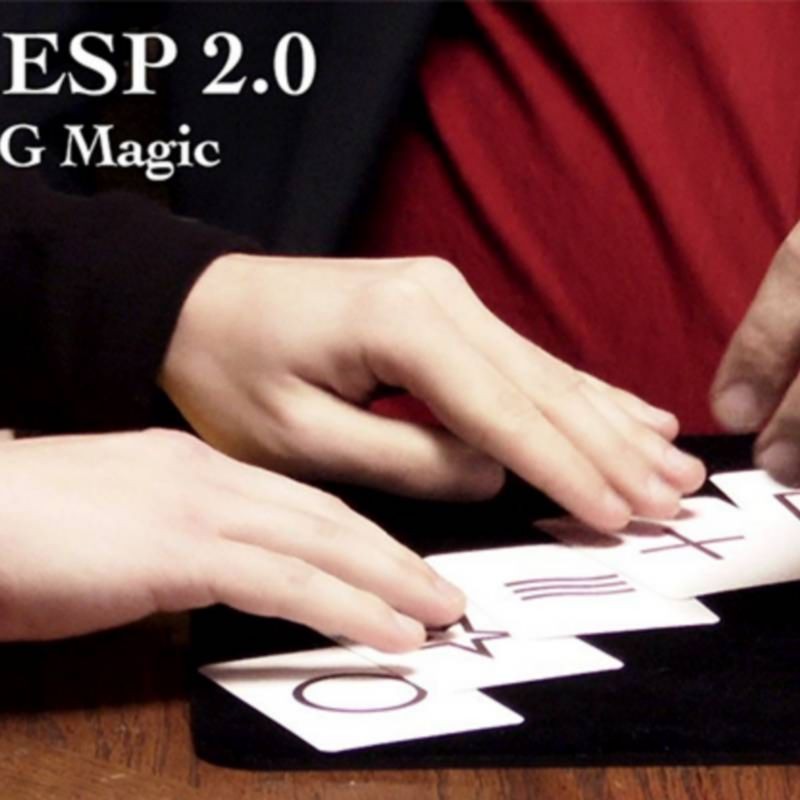 In magic, there is nothing as powerful as having the magic take place in the hands of the spectator. The same can be said for mentalism; no act of psychic abili

In magic, there is nothing as powerful as having the magic take place in the hands of the spectator. The same can be said for mentalism; no act of psychic ability is more powerful than the one that the spectators accomplish themselves. Imagine being able to allow one spectator to make a prediction and a second spectator to fulfill that prediction. That is exactly what happens when you perform David's ESP Trick 2.0! It is done without any sleight of hand, dual reality, stooges (instant or otherwise), pre-show work, nail writers, or psychological forces -- and it works 100% of the time! Even the spectators will have no idea how they accomplished what they did. This is one of those, "freak them out and keep them up all night" kind of effects that is a joy to perform.

Effect: A small envelope is shown and set aside for the moment. A deck of ESP cards is shuffled thoroughly by a spectator. The cards are spread face down and another spectator slides any one card forward (absolutely no force!). This card is placed unseen by anyone into the envelope, which is then set aside again, but left in full view. The performer (or the other spectator) now removes a complete set of the five ESP symbols. The spectator can mix them if he wishes, and then places them in a row in front of himself. The cards can be face up or face down; that is up to you or the spectator. He then selects one of the five symbols, and the rest are discarded. The first spectator removes the card he selected from the envelope. The symbol matches the one selected by the other spectator! A "WOW!" moment indeed!