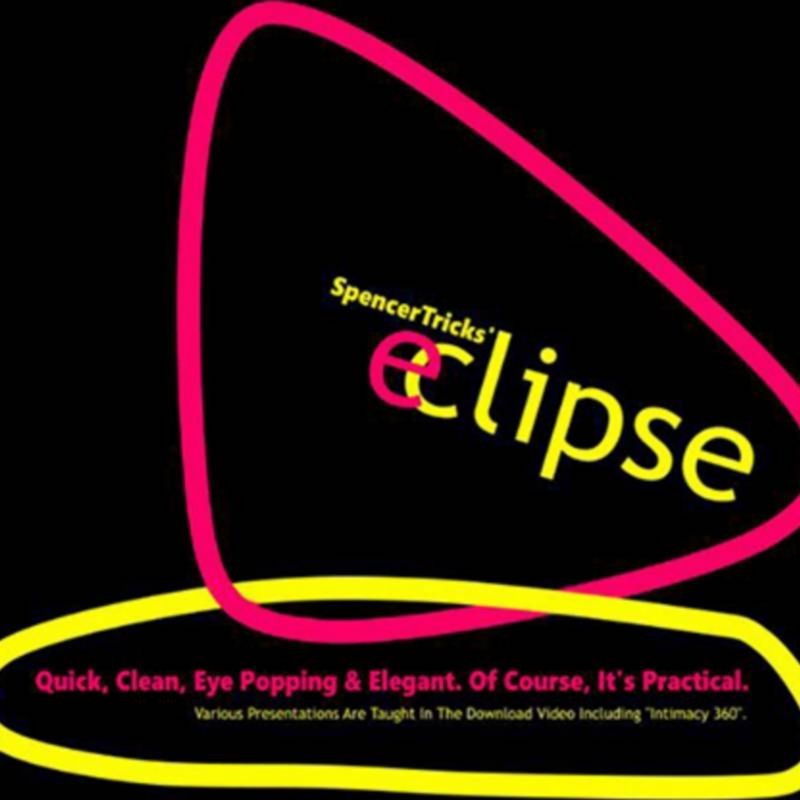 One of the great things about rubber band magic is that it utilizes everyday objects, it accomplishes the impossible, and immediately after the shocking moment,

One of the great things about rubber band magic is that it utilizes everyday objects, it accomplishes the impossible, and immediately after the shocking moment, can be examined by the spectator. Welcome to Eclipse - it achieves all of this and more! The principle utilized in Eclipse is a new handling and presentation.

And yes, of course, IT'S PRACTICAL.

The magician shows 2 different colored rubber bands and hooks them between his fingers like a ladder. The first band goes between his first fingers, with the second one going between his ring fingers.

Now for the first part of the effect. The magician simply pushes one band over to the other, they penetrate and are now magically linked together! For the second phase, the magician unlinks the two bands in a very SUPER VISUAL and CLEAN way and immediately hands them to the spectator.

The video teaches you handling variations. In one, the magician performs Eclipse holding the spectator in his arms. The effect can be seen from any angle. And the "Intimacy 360" variation is a funny and sexy presentation!

Every detail is taught in both Japanese and English.