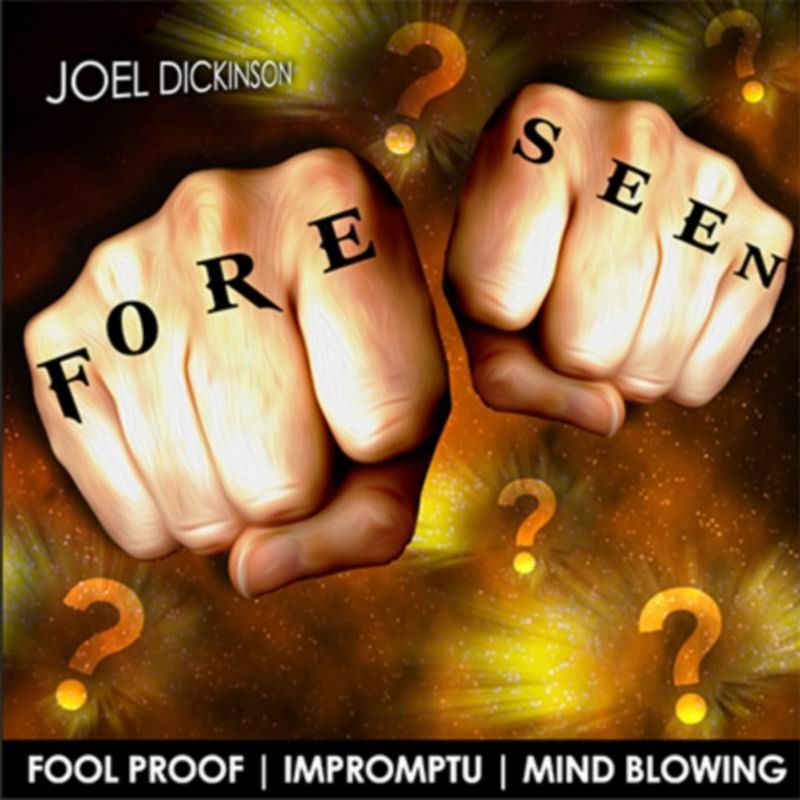 Joel Dickinson presents, Foreseen. A "Which Hand" routine with a BIG difference. An effect for mentalists and magicians. What are people saying? "Joel has reall

Joel Dickinson presents, Foreseen. A "Which Hand" routine with a BIG difference. An effect for mentalists and magicians.

What are people saying?

"Joel has really moved forward the 'Which Hand' plot. This is a very elegant solution, with some clever thinking and efficient routining."
- Marc Paul, mentalist and creator

"Joel, this is genius! There were a few times while reading the routine when a big smile appeared on my face. This is a brilliant routine and finally a 'Which Hand' type routine that I want to perform! No logic puzzles or gimmicks, just very clever construction of a routine that is not only easy, but practically impromptu!"
- Iain Moran, mentalist and magician

"Foreseen is the best trick I have bought in a long time."
- Kieron Johnson, magician and creator

Your participant guesses which hand an object sits in, a game which is played five times. The performer's prediction astonishes all, as it reveals he knew the outcome in advance. Then, jaws drop for a second time as the performer reveals that he knew every decision the participant would make, and what's more, the prediction has been in the participant's pocket from the word go.

This is gimmick-less and it is super simple to perform. No magnets and nothing to go wrong. Foreseen includes essential tips and subtleties. And also includes an amazing bonus handling.

Foreseen is a reputation maker, a thoroughly thought-out piece of mentalism and a unique prediction based routine. It's an organic miracle.