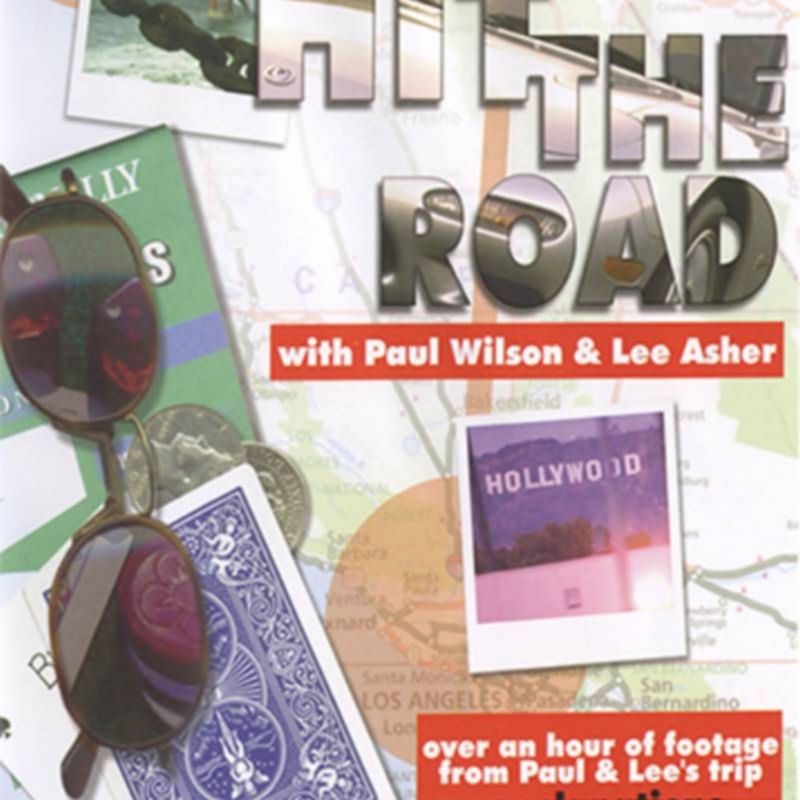 From Hollywood's World-Famous Magic Castle to the casinos of Las Vegas and even into Alcatraz, join Paul and Lee as they discover the magic and magicians of Ame

From Hollywood's World-Famous Magic Castle to the casinos of Las Vegas and even into Alcatraz, join Paul and Lee as they discover the magic and magicians of America's West coast.
Along the way, you'll learn magic from some of the biggest names in the business:

Alain Nu
Vanishes a silk without the use of prosthetics .
The Buck Twins
Tip two of their signature routines.
Alan Ackerman
Fries another victim.
Earl Nelson
Teaches a classic production from "Variations".
David Regal
Makes a baffling prediction.
Dean Dill
Matrixes with anything you like.
Ashford Kneitel
Finds four ladies with his "card compass".
Steve Beam
Spirals and slices.
Nathan Kranzo
Makes coins vanish and appear without getting burned!

PLUS six excellent effects from Paul Wilson and Lee Asher.
A selection rises out of any deck-then finds its three mates!
A deck of cards ribbon spreads in mid-air!
The magician blows the whole trick-then recovers with a real kicker!
A pack seems to come alive as it is cut in the hands-yet nothing takes place!
Four aces are lost in the deck then found behind your back-instantly!
Four freely selected cards change-face-up-to the four aces!

But even all of this is only the tip of the ICEBERG.
Hit the Road is absolutely loaded with private sessions, exclusive effects and interviews featuring some of magic's most colorful characters, featuring over an hour of footage from Paul and Lee's trip plus explanations and out takes. Hit the Road is truly a unique video experience.