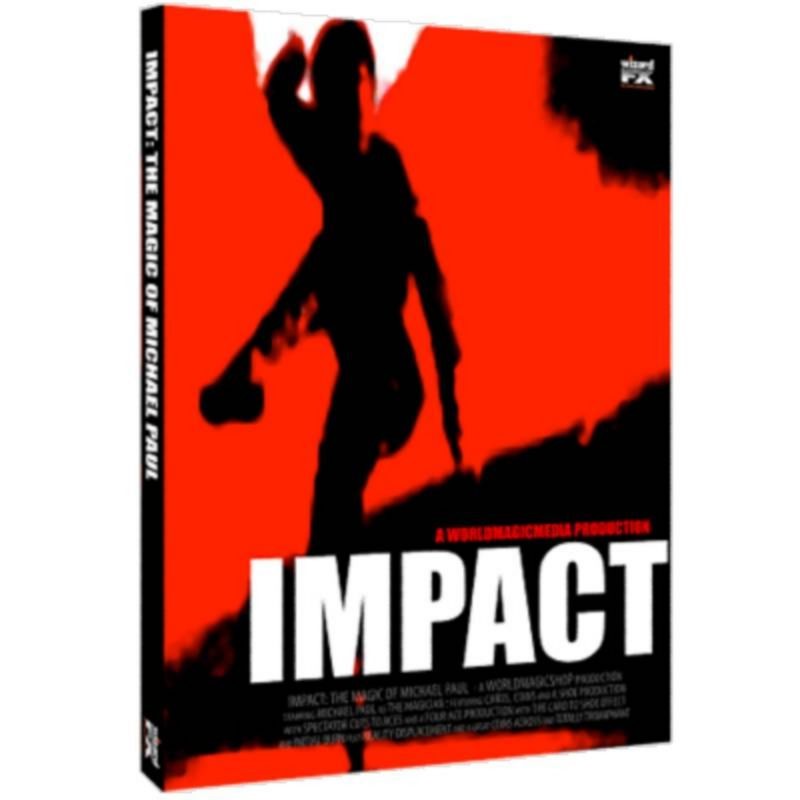 Michael Paul is a rising star in the world of magic. A veteran close up magician and Monday Night Magic performer, he'll teach you his style of magic: magic tha

Michael Paul is a rising star in the world of magic. A veteran close up magician and Monday Night Magic performer, he'll teach you his style of magic: magic that concentrates on audience reaction over knucklebusting. Magic with impact. Michael will teach his fresh take on classics of close up such as:

The spectator really makes a fair cut into the center of the pack, and actually finds an ace. No gaffs, duplicates, crimps, or strange cutting proceedures... and it's easy. This is how spectator cuts the aces should look. Impromptu.

Easy to set up and remember, here is an ace production that actually works well in the real world. Produce three aces from the pack visibly, the fourth mysteriously appears in the most surprising way... on the table, and in full view.

A signed playing card vanishes from in between the spectator's hands and re-appears wedged into the toe of your shoe. No set up or switches... the card that comes out of the shoe is actually the signed card. Do this with any card, any shoe!

A coin routine with maximum spectator involvemnet and maximum magic, including a very visual vanish and a coin to spectator's hand that will bring you powerful reactions.

A signed playing card instantly jumps from the center of the pack to your hand. Less like a card trick and more like a camera effect, Reality Displacement will have you and your audience doing a double take. This one has to be seen to be believed.

A total stranger selects a card, signs it, and loses it back in the pack. Now, a small piece of paper is marked with her first initial and placed on top of the pack. You set fire to it, and it vanishes... when the cards are spread, one card is burned... and the burn is in the shape of her first initial. It is her signed card. Do this for anybody, and leave them with a souvenier they will keep forever! Meet your new closer.

A complete three phase card act that leaves the deck in new pack order! Get ready to take your triumph routine to a new level... without adding difficult moves or fancy set ups.

Michael Paul's clear and easy teaching style is supplemented with this state of the art product. Each effect has multiple viewing angles so you can choose what you want to see. A second, complete audio track for each effect also gives you Michael's additional commentary and information for the advanced performer. It's almost like an extra lecture on the material!