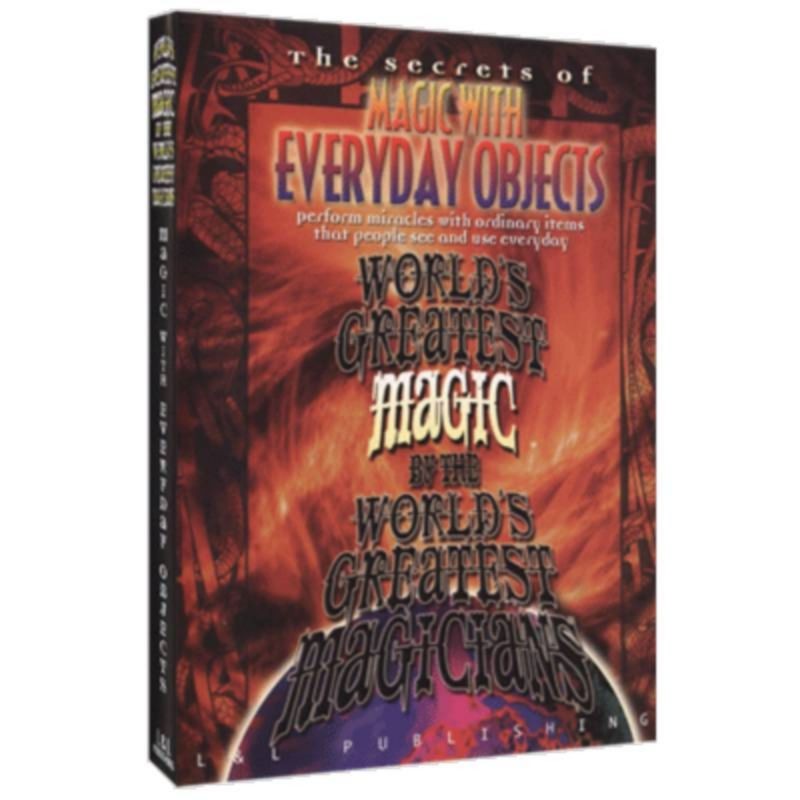 Paper clips, string, napkins, pencils. These are all ordinary objects found in every household. However, it's precisely their familiarity that makes it so impac

Paper clips, string, napkins, pencils. These are all ordinary objects found in every household. However, it's precisely their familiarity that makes it so impactful when a magician creates an apparent miracle with them.

On this volume, some of the best performers in the world of magic present their favorite tricks with common objects. Dan Harlan, for example, will show you how to present the classic Professor's Nightmare, not with rope, but with ordinary business cards and also how to magically tear open and then reseal a pack of cigarettes. Dan Harlan returns later to perform and teach Starcle, his neo-classic paper napkin effect. Bill Malone presents a wonderful trick with an ordinary book of matches that he learned from the legendary Michael Skinner and Johnny Thompson demonstrates a classic of magic with nothing more than sugar cubes. David Regal and Banachek turn in some great mentalism with business cards while Tom Mullica performs his version of David Hoy's impromptu book test. Tom Mullica is back later with a great party stunt that will leave one spectator breathless and everyone else breathless with laughter. Jay Sankey has some typically wacky effects with items easily found in any home or office while Joshua Jay accurately predicts a random spectator's height with an ordinary tape measure.

Rounding out the package, Joe Rindfleisch shows off his wonderful broken and restored rubber band effect, Fielding West has a phenomenal finger ring vanish, and Jeff Sheridan demonstrates one of his eye-popping creations, a cut and restored string effect that is guaranteed to fool even knowledgeable magicians.

David Regal - Not This!

Banachek - This 'n That