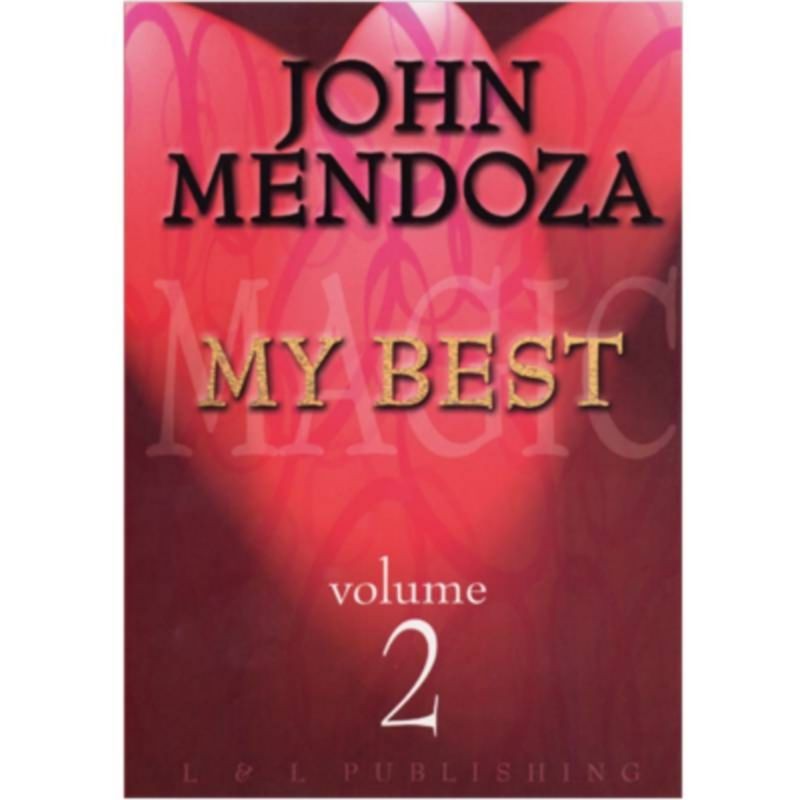 John Mendoza is a legendary figure in close-up magic and his books and manuscripts can be found in just about every magician's library. In addition to his own e

John Mendoza is a legendary figure in close-up magic and his books and manuscripts can be found in just about every magician's library. In addition to his own effects and routines, John has also authored books for such notables as Don England, Chris Kenner and Dan Fleshman. For over 35 years, he's made his living performing close-up magic and in this remarkable set of downloads, John shares the secrets of that success. These are the tricks that have taken John Mendoza literally around the world - they're the very best effects that this world-class entertainer has to offer - and now they can be yours.

BOWL ROUTINE - The Mendoza version of Roy Benson's classic routine is full of magical surprises as sponge balls vanish and reappear underneath an inverted bowl. The fun doesn't stop there as the balls even magically appear in a spectator's hand, leading up to a surprising and off-the-wall finish.

BENDIX BOMBSHELL - Two signed cards magically appear within the zippered compartment of the performer's wallet which has been in plain sight the entire time. This no-palm routine is perfect for strolling performers.

HAVE YOU EVER HEARD OF - What begins as a game of Three-Card Monte (and later, Four-Card Monte) turns into a marvelous production of the four Aces.

COINS THRU THE TABLE - The performer causes three coins to pass through a solid table top all at once and then, later, one at a time. To finish, he shows the audience how it's done with a hilarious and amazing finale that can be adapted to any Coins Through Table routine.

VERNON CUPS & BALLS - Using the Professor's classic routine as his starting point, John Mendoza has taken the basic Cups and Balls to another level, ending with a final load sequence that has to be seen to be believed.

MULTIPLYING BUNNIES - If you think you know all there is to know about this all-time favorite, you've never seen John Mendoza perform it. This is an object lesson in how to take a trick and wring every ounce of entertainment out of it.

AUTOMATIC DECK - Turn an ordinary deck of cards into a machine that can produce Aces at the performer's command.

THREE CARD MONTE - A tall story and three ungimmicked cards make for an entertaining interlude where the audience is shown why you never play cards with strangers.

TRANSLOCATION - Four coins travel invisibly from one of the performer's hands to the other, even though his hands are flat on the table! An amazing variation on the classic Coins Across.

BARRY NELSON'S FLASH CUPS - Don't blink or you will miss the world's fastest Cups and Balls routine! Every element of the classic Cups and Balls is here, including final loads, and it's all performed in 20 seconds. A must see!