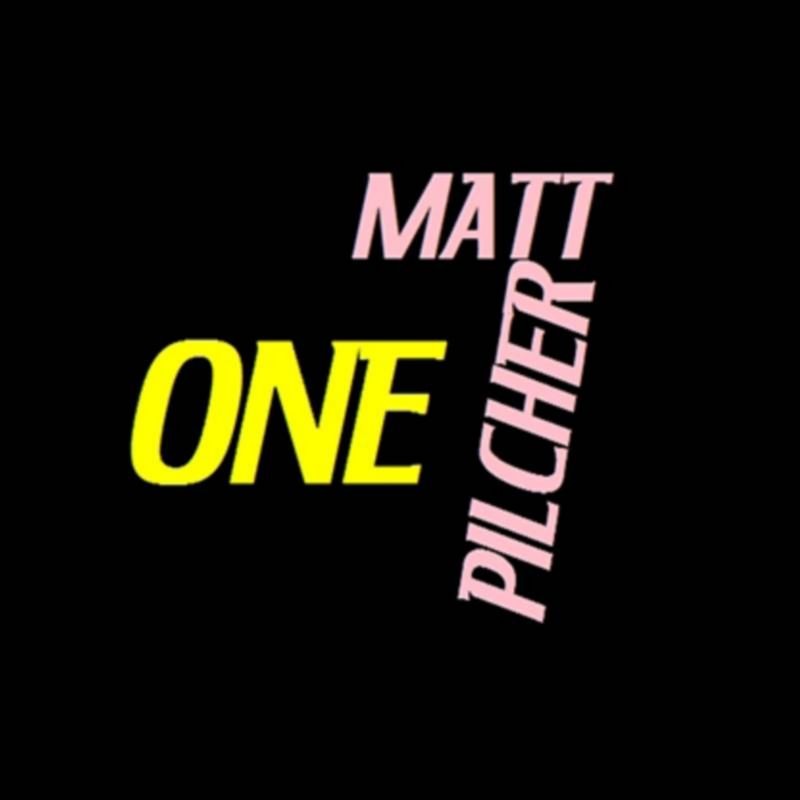 In 2017, magic creator Matt Pilcher ascended to the highest of heights. He not only earned the respect of many professional magicians, but also fooled them time

In 2017, magic creator Matt Pilcher ascended to the highest of heights. He not only earned the respect of many professional magicians, but also fooled them time and again with his wonderfully creative methods. He made the Penguin Top 10 Bestsellers list on FOUR different occasions in the space of just 7 months. He's contributed to several episodes of the massively popular YouTube show, Scam School, and has used his position as a creator in the world of magic to shine light on humanitarian issues.

Now is your chance to learn 17 of his best effects from 2017 in ONE Instant Video Download.

"It's not often I praise anyone, but Matt Pilcher is quite simply the greatest magic creator of the last 100 years, and I should know, I've been around that long."
- Claude Kip Endersonn

This product is HIGHLY RECOMMENDED!

Read the descriptions below to learn more about the 17 tricks on this INSTANT VIDEO DOWNLOAD.

TOUCH - You're blindfolded. The cards are shuffled and cut and handed back to you. You start dealing through, feeling the faces of each card. You deal one off to the side, a few more go by and you deal a second one off to the side. You continue through till you have 5 cards off to the side. With NO switching, you turn over the cards. They are the 10, J, Q, K, and Ace -- a Royal Flush in Spades.

NO torn or shaved corners

Count Kerckhorp - Imagine this, a deck of cards is legitimately shuffled. (NO perfect shuffle required).

THE BEST THING IS, there's no real super memorization happening at all -- it's 99.9% SELF WORKING!

Count Kerckhorp allows you to demonstrate a Rain Man-like super memory without needing to be a Savant.

Once you learn the secret, you'll be adapting it to make all sorts of memory-based routines.

Bookworm - You have a book on the table, along with a big pack of cards. Each card has five random numbers written on it. The spectator SHUFFLES the cards -- they then select a card. You, the performer, NEVER see the card they choose. You then ask the spectator to merely THINK of one of the five numbers on that card. They pick up the book and open it to the page number they are thinking of and remember the first word on that page. You then INSTANTLY tell them the number and the word they are thinking of!

"Matt has created a TRULY UNIQUE version of the classic Book Test, combining old and new principles that are well within reach of a beginner or will stand up to the most advanced student of the art."
- Justin Miller

"Matt Pilcher loves to leave you in wonder. This effect is built upon layer upon layer of amazement. Fair and clean."
- David Rangel

Satori - A great way to find a spectator's card, using an intriguing presentational hook! Their mouth will hang open!

Using a borrowed deck with ZERO set-up, you hand the cards to the spectator to shuffle. You then spread the cards face down onto the table and invite your spectator to take any card they want. It really IS a FREE choice! The selected card is returned to the deck and lost. You then spread the cards face up and ask your spectator to hold onto your wrist while they concentrate on their card... A few concentrated moments later, you reveal the selected card! You will be performing this AGAIN and AGAIN and AGAIN!

DNAVMO - A deck of cards is spread face up on the table, showing they are in no particular order. The cards are then dealt into a pile on the table, some being placed face up, some being placed face down. Following a SNAP of the fingers, the deck is spread face up once more, showing that all the cards are now facing the same way. Furthermore, the deck is now in suit and value order Ace to King.

This is also great to show your magician friends, as they will be astonished by this NEW method!

Matt's Matchbox Mystery - The Classic Matchbox Monte is just that, a CLASSIC! An evolutionary form of Thimblerig. Though originally a scam performed by hustlers to take people's money (DO NOT USE THIS TO SCAM PEOPLE), it soon became a performance piece for magicians. Where instead of scamming people out of their money, people were let in on the secret to show just how easily we can all be fooled.

Matt's Matchbox Mystery is the next evolutionary form of this classic. Designed to fool those already in the know.

You don't have anyone in on the trick shaking an extra matchbox for you and the matchboxes are not gimmicked. They can be fully inspected by your audience.

Prepare yourself to have to deal with mystified spectators. They may ask if they can check your pockets, and they can -- they won't find anything.

This is Matt's Matchbox Mystery!

XXV - XXV is Matt's version of the classic 25 card card trick. As Matt says, it's the trick your spectators know, but they won't know how you did it. This is a great beginners trick, and is testament to how a simple trick can be made even simpler yet create a bigger impact.

Milagro! - Milagro! Is perfect for those beginning their journey in card magic. Two Ace of Hearts are shown. Then, one turns into the Ace of Diamonds. It really does use JUST two cards and neither card is gimmicked. Milagro! Is a great example of what is possible when you combine sleight of hand with presentation.

U-Knight - U-Knight is an extremely visual torn and restored effect, with a beautifully simplistic method. The psychological subtlety in this effect is pure genius.

The spectator is then instructed to look through the cards. Their thought-of card has completely disappeared! What happened to it? Where did it go? The Devil has taken it!

A few points to remember:

- This can be done 100% impromptu with a borrowed, shuffled deck.
- All you need is eight cards (of the spectator's choice).
- You really DON'T know what card they're thinking of.
- There is ZERO set-up! If someone has eight cards, you're good to go.

GONE - You present a coin, and explain how life is like a coin. "You can spend it any way you wish, but once it's gone, it's gone." At that very moment, the coin vanishes!

Show both sides of your hands - the coin has completely disappeared. GONE!

"GONE Is a heist that happens at the fingertips, and leaves everyone wondering how you got away with it."
- Blake Brenneman II (Magician and Gambling Historian)

Oipics - Oipics is a brilliant routine designed for those who like to demonstrate their card-handling skills at the card table.

The story and presentation of Oipics is an intriguing one for your spectators. It's unlike any trick they've seen before.

The trick uses a standard deck of cards with no funny gaff cards or gimmicks to make. It is all pure sleight of hand.

Lumbrio - A coin production that looks like PURE MAGIC!

The table is CLEARLY shown to have NOTHING hiding on it. You then CLEARLY show that BOTH hands are EMPTY, and yet, you're able to produce a coin from empty hands.

NO black art, NO awkward-looking classic palm, NO magnets or magnetic rings are used. This is about as fair and as visual a coin production as you will ever see or perform.

1.8g - The weight of a single playing card is roughly 1.8 grams. There is a very tiny difference in weight from card to card due to the ink on the card. A court card has more ink on it than the Ace of diamonds for example.

With 1.8g, you will be able to demonstrate an extraordinary ability to locate a chosen card simply by the weight of the card. It's like telling the difference between holding one grain of sand and holding two grains of sand.

Let's have a little run down of what you will need for this trick.

A pack of playing cards... Yep that really is it! They don't even have to be your playing cards, or even a full deck. No complicated gimmicks to make, no marked cards, no set-up.

Also, this trick is for ALL skill levels, so it doesn't matter if you're new to magic or if you've been doing it for years -- 1.8g is well within your grasp.

Place the Ace - The first routine - Either you or a spectator can shuffle the cards. You then give the cards a cut and what do you know, you've cut directly to an ACE... Maybe you got lucky? Maybe you're just that good? Though when you do the exact same thing three more times, your spectators will have no choice but to abandon the idea of luck and applaud your magnificent skill with a deck of cards.

- NO peeks
- No false shuffles
- No extra Aces

This is Place the Ace

DELPHI - A great piece of mentalism whereby the spectator has kept the prediction prior to the effect!

A spectator first hides an envelope handed to them by the magician, and keeps it in their possession. They then choose 4 number cards completely at random. You and the spectator add up the numbers from all cards to arrive at a total random number. The spectator then counts down to that number in a deck of cards - a deck that had been previously shown to comprise different cards in no particular order. It couldn't be ANY fairer. Then the prediction, which has been in the spectator's pocket from the start, reveals that you correctly predicted which card they would select via this random number. NO switching the selected card, NO switching the prediction. The prediction is set before you even begin.

Extras - Also thrown in are some optional extra predictions:

Very much a hands-off effect and 99% self-working.

Your spectator writes their name on a blank card, and THEY lose that card into the pack. They then write their partner's name on a different card, and that card gets lost in the pack as well. You tell your spectator to think back to when they first met their partner and to imagine the two cards finding each other in the pack. Once they have done this, you spread the cards and the same two cards with names are magically found right next to each other. You explain that the cards have found each other, but you want to take things one step further.

A beautiful effect that will hit home with your spectator or spectators, as it's so personal to THEM.

This really is the essential 2017 Matt Pilcher collection.

"It's not often I praise anyone, but Matt Pilcher is quite simply the greatest magic creator of the last 100 years, and I should know, I've been around that long."
- Claude Kip Endersonn