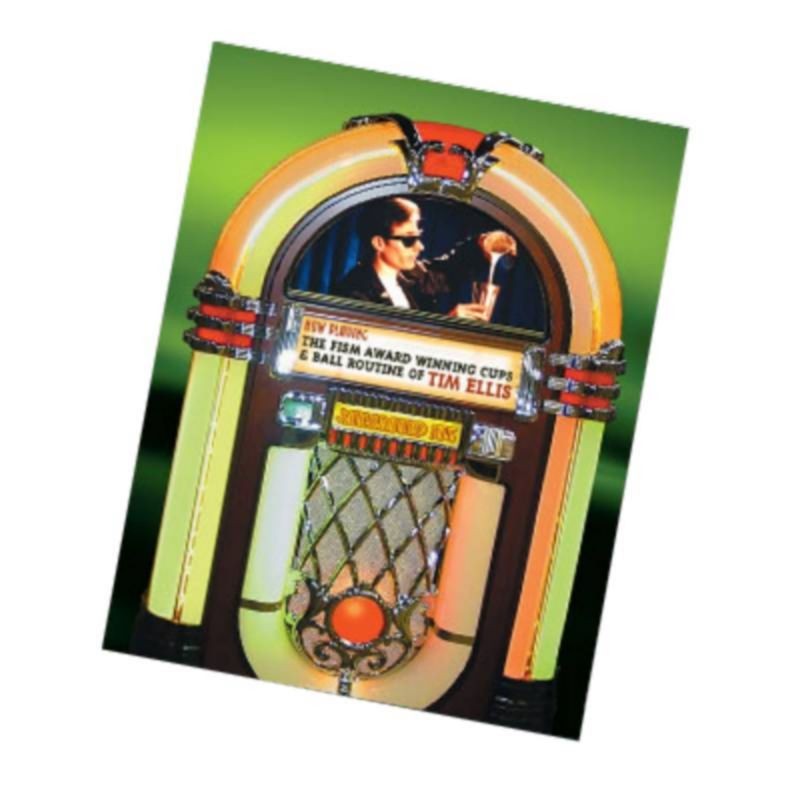 This ebook teaches the full FISM Award winning act 'Runaround Sue'. This cups and balls routine has been described as a "theatrical masterpiece" and "One of the

Tim teaches a a series of moves that can be adapted for use in many magic situations, but most importantly he teaches the power of routining an act both for misdirection and entertainment.

"When I die, I want to be reincarnated as Tim Ellis and for only one reason: so I could get away with what is easily one of the very best versions of the Cups and Balls routine ever crafted.

Big claim, but I can back it up. No, correctly, Tim Ellis can back my claim up for me. He has taken what, at its essence, is a two-cup/one-ball Cups and Balls routine with a final load and turned it into a wonderful, entertaining, and theatrical event. This is truly one routine every performer, everyone who makes their bones day in and day out in front of paying audiences, needs to be versed in.

It's a Cups and Balls routine (two cups and one ball, for those keeping score) with a final load. And the Mona Lisa is a bunch of oil slapped on canvas. Anyone who doesn't give Ellis a tremendous amount of credit for his originality here obviously bounced their reality check.
- Shane, Online Visions

"Another cups & balls routine you say? Here's what Ellis has accomplished with "Runaround Sue."

* He adapted the classic cups & balls to play big on stage, beyond the realm of typical close-up audiences. The balls in Ellis' routine are almost as large as many "final loads" found in most performers' cups & balls.

* He has created a viable and entertaining theme for performing cups & balls that works with the well known fifties song, "Runaround Sue." Like Ellis' "6 Card Rap," the routine is innovative, brilliant and entertaining. Ellis performs his cups & balls dressed in a leather jacket and sunglasses, uses large milkshake cups and showcases a jukebox-all choreographed to the song.

* His final load is different from anything that I've seen in a cups & balls routine. And he burned me twice with his final load. The second time I watched, I was determined to catch him. But I got caught up in the flow of his routine and he burned me again.
- Wayne Kawamoto, About.com

"So startling are the disappearances, re-appearances and transformations, that audience members seem constantly off-guard. In both the Australian television performance and the Tokyo video, the routine is performed for a single, close-up audience member. The Australian hostess seems genuinely surprised constantly as the routine progresses. All magic routines are supposed to surprise, but this routine provides the unexpected every 15 to 20 seconds."
- Tim Quinlan, Inside Magic

"That very first smile, just before the "HELLLOOOOO BAAAABY" never fails to make me grin. I've been a performer my whole life and I appreciate the performance that you did in that DVD. The magic is impressive, but the performance is breathtaking. I applaud your magic and skills, I am rendered speechless at your performance."
- Rik Brooks

"I highly recommend that you pick up this limited release. This routine is one of the top 3 cups and balls I have ever seen. But it is way more than a cups and balls routine...there is an amusing plot, actions that suit that plot, a double kicker. I cannot stress how much potential I see in this plot. I am a bartending magician during the summers and the thought of the tips a routine like this could bring in for Car Show week and American Bike week brings tears to my eyes."
- Joe

"I have wanted to put together a solid cup and ball routine and have collected much material on the cups and balls over the past six months (I figure the more research I do the better a routine I can put together). After watching this video I can say this is the most innovative routine I've come across, both in presentation and methodology. Tim is a very clever and sneaky guy.

Will I do his routine? No. Will I adopt much of his methodology used in his routine? No. And probably most people won't. What I really got from this tape is the concept of thinking outside of the box regarding the moves and sleights involved in the cups and balls. Tim's routine uses some real off-beat moves/sleights to make the magic happen. By off-beat I mean moves/sleights that I haven't seen used in the cups and balls...and wouldn't have thought of using. I can't imagine anyone buying this and being disappointed with their purchase."
- Mitch Schneiter

"I will reiterate what others have written here. In Runaround Sue Tim Ellis has created a cups and ball routine which has the impact and feel of a stage act. Talk about "packs small, plays big"!! Runaround Sue is toe tapping magic that is hard to beat. In this routine Tim Ellis has shown how to magically and theatrically solve problem moments in close-up magic. Many different devices and tools have been brought to bear with the sole intent of creating entertaining, baffling magic; and Runaround Sue scores a direct hit!"
- Tom Cutts

"Your creativity is nothing short of inspiring. Runaround Sue may very well be the most impressive magic routine that I have ever seen."
- Mike Whatcott