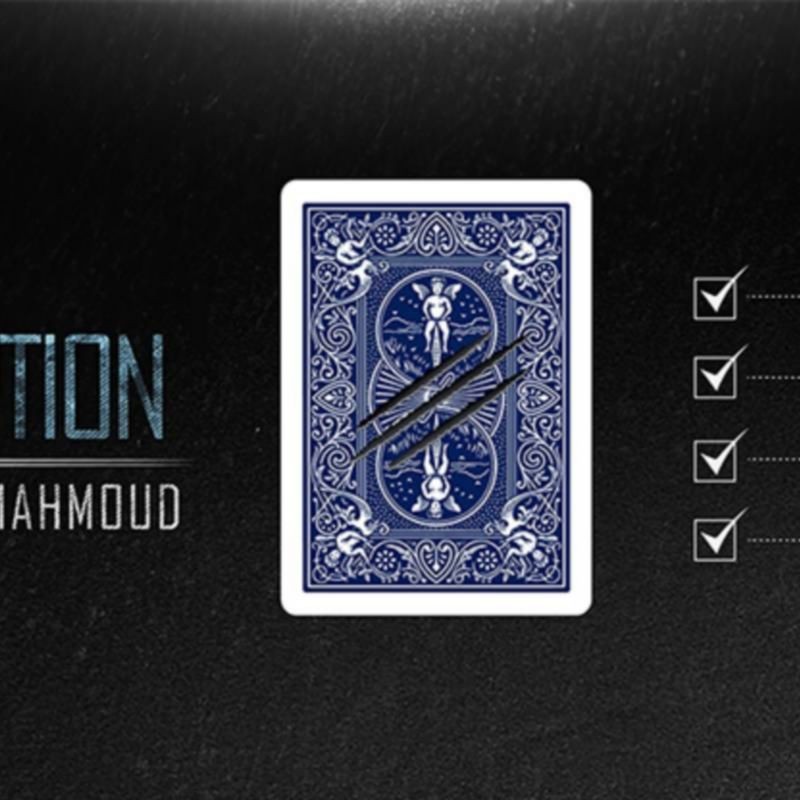 Stabbed and Restored, also known as the TNR (Torn and Restored) card effect. This magic plot is no stranger to most magicians. There have so many amazing magici

Stabbed and Restored, also known as the TNR (Torn and Restored) card effect. This magic plot is no stranger to most magicians. There have so many amazing magicians over the past decades that invented fantastic methods and contributed to this magical plot, and Abdullah Mahmoud is one of them. From the creator of Inkling and Egyptian Ink, we are proudly introducing you his Stabbed and Restored card effect: DECEPTION.

DECEPTION is so compelling because the gimmicked card does the healing part for you! Then, you can focus on your presentation and be the star of your show. The best part? The gimmicked card can be signed.

Take out the key and stab on a folded gimmicked card and cast "blah blah blah." BANG! The card is magically restored.

You are no longer required to enter the cave and practice for years to do this magical TNR effect.

In the tutorial, Finix will teach you in detail how to craft your very own DECEPTION gimmicked card. Once you master the technique, you can easily make a bunch of them within an hour.

Fully examinable after the performance.
Only one card is used.
The card can be signed.
The stabbed card can be shown on both sides.
Easy to do.
Practical.
Almost entirely self-working.