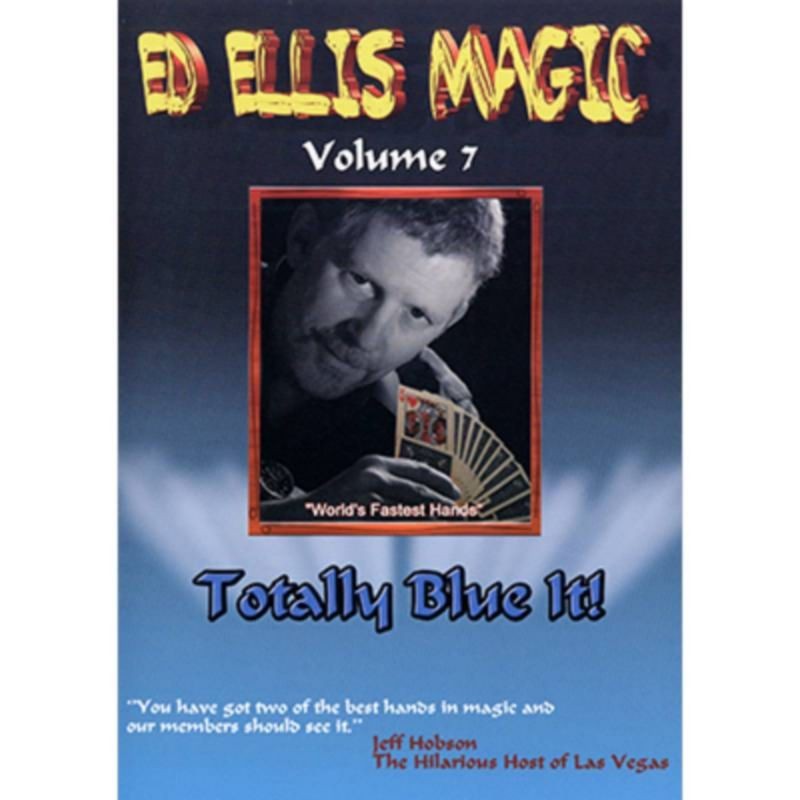 For over 25 years, Ed Ellis has performed close-up magic, sleight of hand illusions, and full time table magic for Hollywood, TV, and sports celebrities. His is

For over 25 years, Ed Ellis has performed close-up magic, sleight of hand illusions, and full time table magic for Hollywood, TV, and sports celebrities. His is also an accomplished award winning drummer, and has played on stage with The Buddy Rich Band.

Ed has also performed his amazing close-up illusions at Las Vegas' Caesar's Place, lectured at the world famous Magic Castle in Hollywood, and in 2005 was the star of the Ed Ellis TV show.

Totally Blue It! A full color changing deck routine (no gimmicks). A red deck and box are shown. A card is memorized by the spectator then placed in the center of the deck. An indifferent card is shown as if you blew it but then instantly changes to their card! You might have thought "I Blew It", actually "I Totally Blue It" as you ribbon spread the deck all the cards have turned blue! All that is left red is the spectator's card!

Wrist Kill and Brush Change Using a side steal, two variations are shown to perform a color change with different timings.

Pen Up Nose A shocking visual that cracks people up and creates a different mood during your act.

Cards From Mouth Another shocking visual which is taught in detail. A classic which will never be forgotten.

Episode 3 of the Ed Ellis Cable TV Show produced in 2005 This episode features cards and rubber bands. I hope you enjoy this performance filmed live at Papa Bears Restaurant in Canton, Ohio.