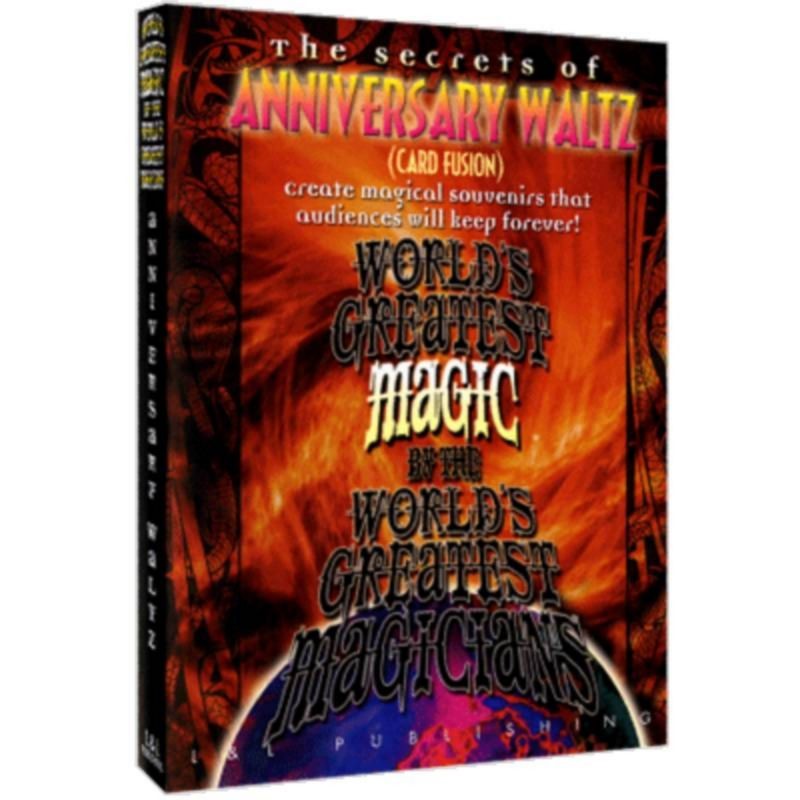 Michael Ammar once wrote that one of the principles key to making a magic effect memorable to an audience is to alter an object magically and then give it away in its altered state. A souvenir of this kind will be treasured forever and there's been perhaps no better example of this kind of effect than one in which two playing cards, signed by the spectators, are magically fused into a single card. Not glued or fasted in any way; they actually become one single card.

Doc Eason took a concept by magician Christopher Carter and created a neo-classic of card magic that is in use by close-up magicians the world over and you'll see a real-world performance and a meticulous explanation of the workings by Doc himself. J. J. Sanvert is next with a version where the cards first apparently fuse face to face and then, finally, back to back and given away as a strange souvenir. Carl Andrews presents a version, perfect for strolling performers, where two cards - one signed on the front, the other on the back - fuse together. Garrett Thomas presents his version of the Eason concept with some beautiful touches that make this a truly magical experience for the participants while Etienne Pradier closes with a light and comedic routine that still packs a magical wallop and once again, leaves the spectators with an inscrutable souvenir.

Any magic trick that can leave an indelible mark in the minds of an audience deserves consideration by any magician that performs for people in the real-world and one would be hard-pressed to find a piece of close-up magic that does the job quite as well as the performance pieces you'll discover on this video.