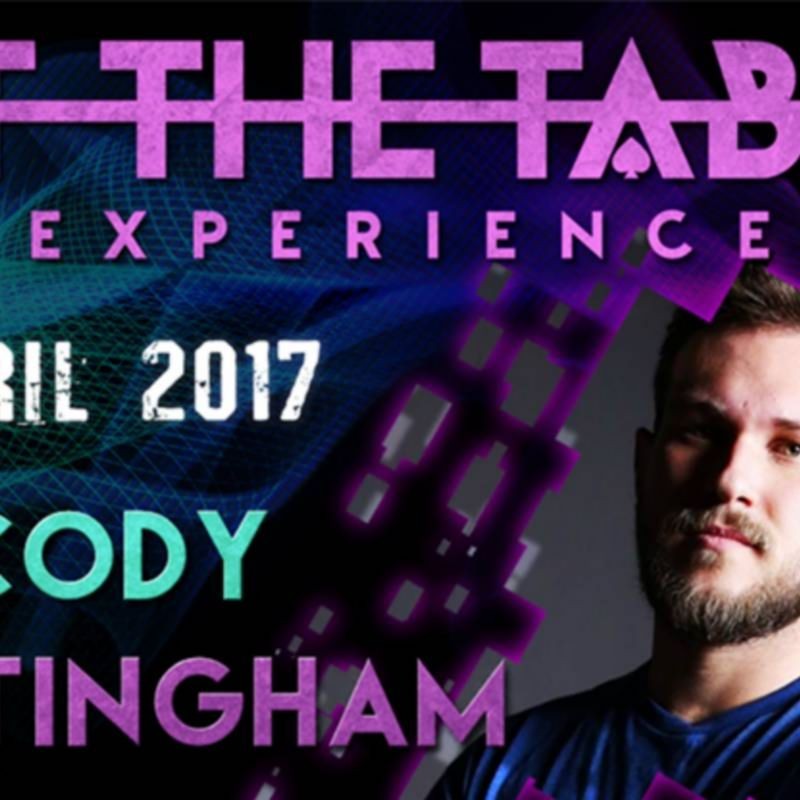 Those of you who've heard the name Cody Nottingham know just the kind of visual, hard-hitting magic he delivers. From his break-out successes with "Changes", "S

Those of you who've heard the name Cody Nottingham know just the kind of visual, hard-hitting magic he delivers. From his break-out successes with "Changes", "Shake", and "Code Red", Cody brings an onslaught of routines, moves, and magic concepts in his first-ever lecture here with us At The Table! Here's what you'll learn:

Ring Through Shirt Penetration: A variation on the ring penetration where the ring travels through the fabric of your shirt.

Queens Assembly Routine: A gimmickless and impromptu routine where 4 Queens are placed onto 4 different packets of cards. One by one, the Queens in each packet disappear and finally reappear onto the final packet.

Dude Where's Your Card?: A spectator chooses a card and loses it back into the pack. The magician now uses the Queens to find the spectator's card.

Punched and Restored Bill: A spectator punches a hole in a bill. In a split second, the hole is gone!

Interchange: A utility switch device hidden in plain sight. Incredibly easy to build and even easier to use!

Top Card Tenkai: A move that gets a card that's supposed to be lost in a pack into Tenkai palm position with one hand.

One Handed Card Switch: Inspired by the MacMillan Switch, this is a quick and mechanical card change with tons of potential uses.

Cipher: A simple and devilishly clever bill serial number divination effect. It's easy to perform and even easier to get great reactions.

TC Change: A visual color change of a vertical card in a horizontal deck.

Cody's Queens: Cody's version of Bill Goodwin's "Queens." A visually stunning piece of magic where Queens seem to disappear from the top of the pack into the middle of the deck.

Cody's Pop Out Move: A selection pops out of a riffle and bridged deck.

Spread Split: A flourish that reveals and displays the middle card of a sandwich trick!