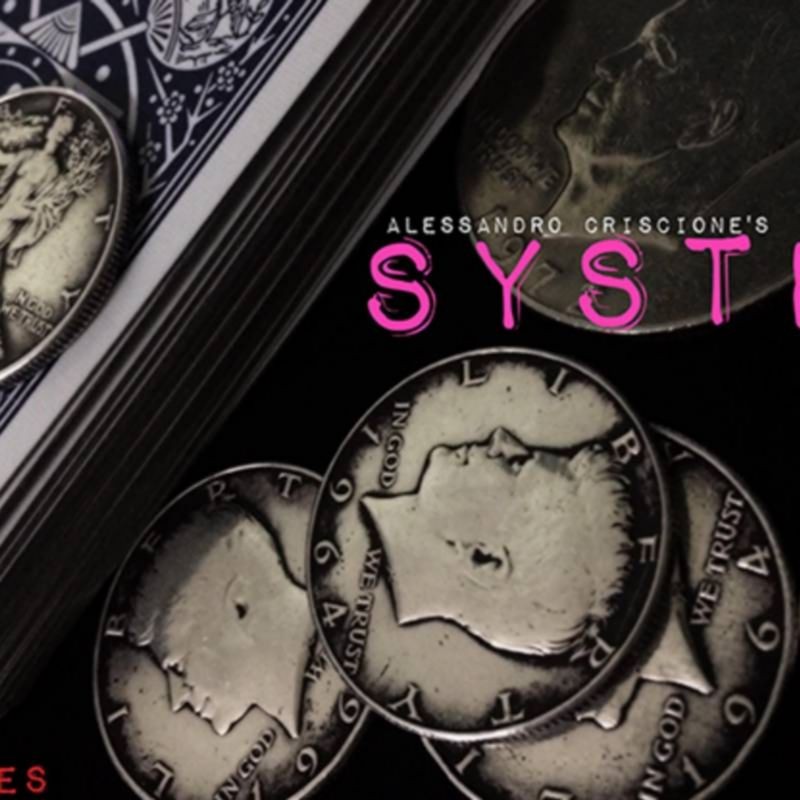 How's this for convenience? Systema -- three amazing routines in one video! In this video, you will learn: - One Fly - Cointrol - Jupiter One Fly: Have you ever

How's this for convenience? Systema -- three amazing routines in one video!

In this video, you will learn:

Have you ever wanted a coin to fly from one hand to the other?

The magician shows his empty hands. A dollar mysteriously appears. It then flies from one hand to another, until it disappears altogether.

Want to find a card with a coin?

The magician shows a deck of cards to be completely normal. A spectator touches a card, is asked to memorize it, and loses it in the deck.

Shortly after, the magician shows a coin. It is examined, and it immediately disappears - both hands are empty. But hold on! The coin is not completely gone - it has been magically transported to the middle of the deck, right on top of the chosen card.

Jupiter is a new method for "Coins Across."

Visibly and slowly, he places all four coins into his left hand...

"Puff," and one of them magically passes from the left hand to the right.

A magic pass, then two are in each hand - having traveled invisibly!

Another pass, and now only one resides in one of the hands. This can even happen in the spectator's hand if you wish! Finally, the last coin beautifully and visibly travels to the other hand, with all four coins shown in an elegant flourish on the table.

As you can see, all this magic in one video!

What you waiting for? Buy it and astound your audience!