DVD - Mysteries of the Mind by TA Waters

Meet The Mind Behind The Myth... And The Magic!

One of the cornerstone books in the field of mentalism is inarguably T.A. Waters' magnum opus, Mind, Myth & Magick.This massive tome - a monument to a life of work in the mystery arts - has become an almost standard reference work for anyone aspiring to become a mentalist.

Meet The Mind Behind The Myth... And The Magic!

One of the cornerstone books in the field of mentalism is inarguably T.A. Waters' magnum opus, Mind, Myth & Magick.This massive tome - a monument to a life of work in the mystery arts - has become an almost standard reference work for anyone aspiring to become a mentalist.

Now, you can meet the man behind the legend and watch him as he brings his creations - many right from the pages of Mind, Myth & Magick - to life in front of an enthusiastic justifiably amazed live audience. Then, T.A. Waterswill take you behind the curtain to show you the diabolical machinations behind the miracles. In addition, you'll be treated to his timeless thoughts about creating and preforming magic and mentalism in his insightful "T.A. Talks."

Strong effects...strong opinions...and one unforgettable performer. T.A. Waters'Miracles of the Mind, like his book, is destined to influence yet another generation of mystery entertainers.

• FOLDERROLL - A prediction technique that's suitable for any venue in which your prophecy appears inside a folded paper or card that's been sealed inside an envelope.

• CARTOMANIC - A fast-paced divination of playing cards merely thought of by five spectators. This is a miracle that can be performed with a borrowed deck with no memory work, no gimmicks, and no advance preparation.

• VERBALL - An infallible forcing technique for an situation that not only uses ordinary articles but can be preformed impromptu with absolutely no preparation.

• SPECTRI - One spectator decides on a card and another spectator divines it without knowing how. No stooges are used and you'll learn three different methods to accomplish this startling effect.

• MYTHADVENTURE - An old coincidence effect is transformed into a strong and direct divination of two thoughts.

• SPECULUSION - Under the performer's influence, a spectator divines a tarot card being thought of by another spectator - and has no idea how!

• SYNCHROINCIDENCE - Two cards are freely selected by two spectators from two genuinely shuffled decks. In spite of the impossible conditions imposed, they are found to match!

• TRIONIC - A step-by-step analysis of T.A. Waters' pumping technique, together with a description of his Trionic Deck. This is actually a mini-seminar on an often misused, little understood technique. It should also be noted that T.A. Waters fooled well-informed card men with this technique, applying a principle they already knew! Invaluable information, clearly explained.

• CUTOUT - A very straightforward method for revealing the thoughts of two spectators.

• COUNT FRAME - A frame is shown that depicts a circular, numbered chart on one side and a grid of arcane symbols on the other. A spectator is asked to select a number from the chart which is then used to count to the corresponding symbol on the other side - which happens to match the performer's prediction that's been in plain sight the entire time.

• QUINDARY - Five tarot cards are selected under test conditions and though the performer genuinely does not know their identities, he is able to divine all five. The original principle revealed here can be applied to many other effects.

• GYPSEE - A spectator freely cuts a pack of tarot cards as often as desired but nevertheless, their chosen Card of Fate appears, just as predicted by an old gypsy's letter.

• NEO-PAPER - T.A. Waters' handling of the famous Newspaper Test allows you to perform this effect anywhere, anytime - and with no advance preparation!

• THRINK - A fabulous stage mentalism routine where the performer divines items merely thought of by three spectators - and no one has to leave their seats!
TiendaMagia
TM007443VOL2 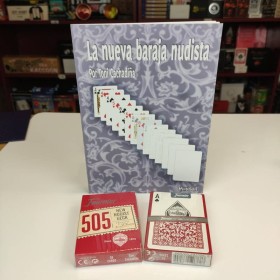 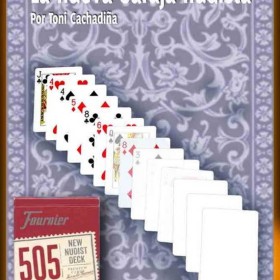 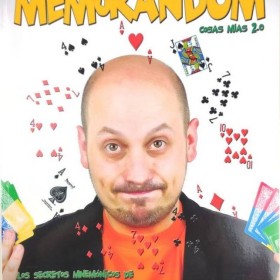 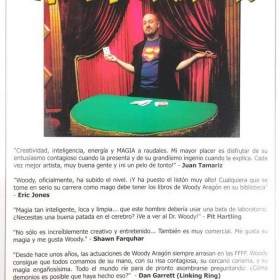 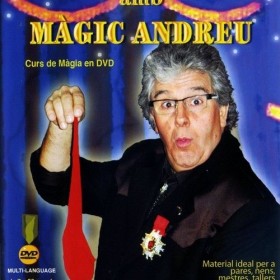 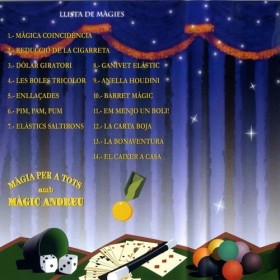 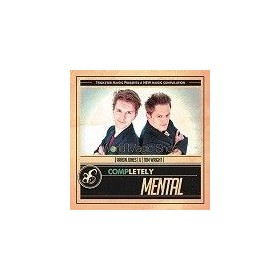