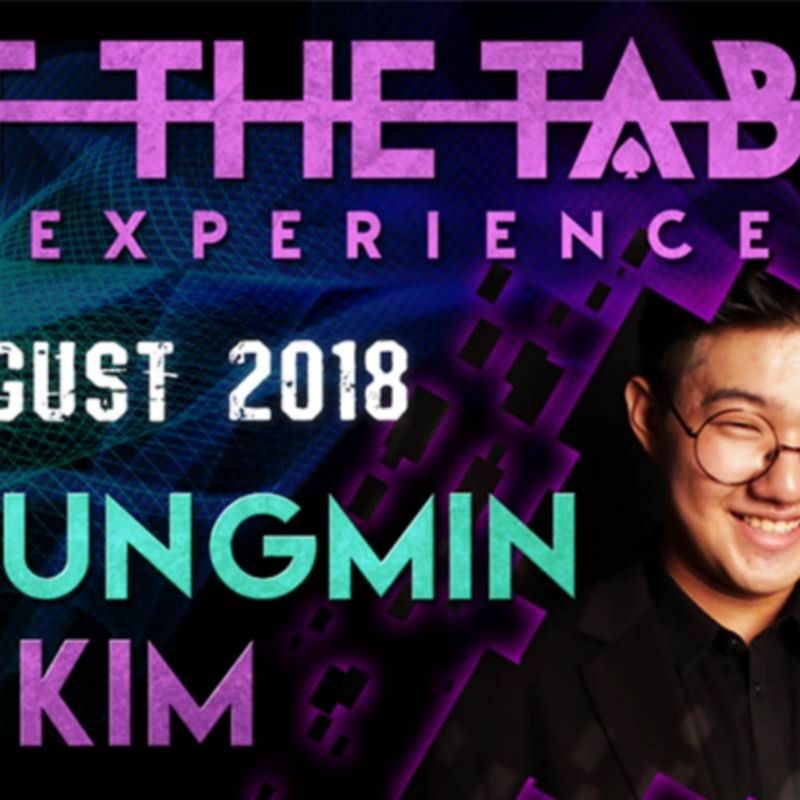 Hyoungmin Kim is a prospect in the world of card magic. Despite his very young age, he has proven himself at various magic conventions worldwide. His light-hear

Hyoungmin Kim is a prospect in the world of card magic. Despite his very young age, he has proven himself at various magic conventions worldwide. His light-hearted performance style is always entertaining and incredibly refreshing to watch! In this At The Table lecture, you will experience effects that he has perfected from his years of competing and performing, along with new techniques he has developed to share for the first time! Join us At The Table for one of Korea's best magicians, with Hyoungmin Kim! You'll Learn:

The Truth Was Love: A variation to the "Red Hot Mama" routine! Hyoungmin will explain how to make the gimmick as well as teach you a version using a normal deck!

Finding 'N' Cards: 'N' number of cards chosen by the spectator are freely shuffled then each card is found by cutting the deck.

Crazy Collectors: A routine using 4 cards, the face-up cards turn upside down with each gesture. After all the cards have turned over, 4 cards change colors. Then, all the cards left in the card box are taken out and a card is chosen. Miraculously, all of the cards except the chosen one have changed color!

Follow Your Heart: The blindfolded magician finds the chosen card by feeling the spectator's heartbeat - no skill required!

Triple Coincidence: One spectator selects a card, memorizes it, and signs it on the back. Another spectator is asked to remember one of the cards that are fanned in front of them. The magician takes out an envelope with his prediction. When all three parties share their cards at the same time, the prediction matches them perfectly! Moreover, the prediction card has the first spectator's autograph on the back!

Collin's Power: A signed card moves between the magician's pockets and teleports to the grand finale!