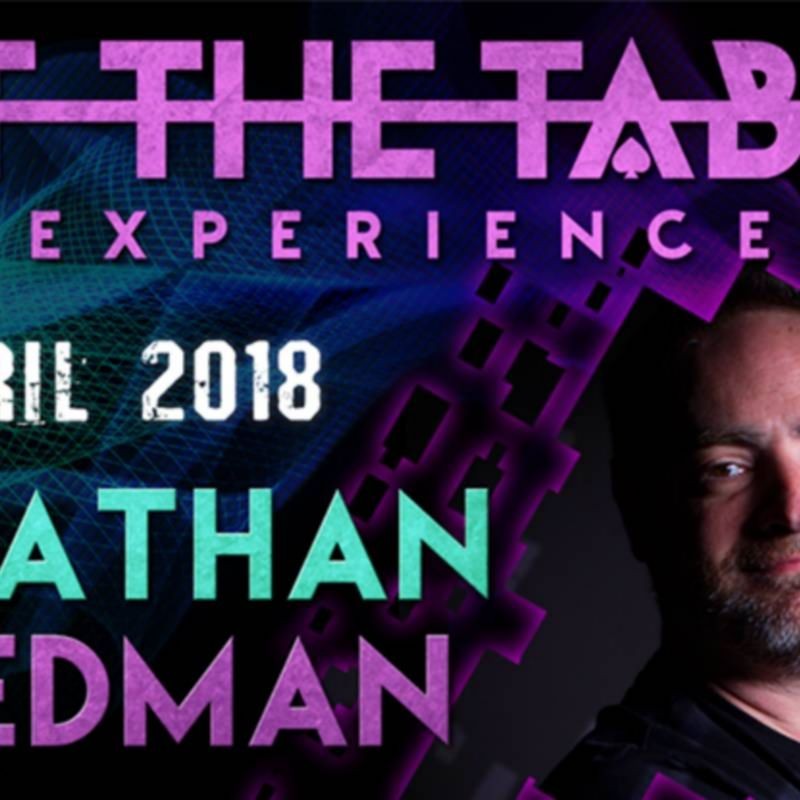 As a professional musician turned magician and author, Jonathan Friedman knows how to engage an audience and garner rave reviews. He's the winner of the 2015 Va

As a professional musician turned magician and author, Jonathan Friedman knows how to engage an audience and garner rave reviews. He's the winner of the 2015 Vanishing Inc "Trickie" Award for Best Magic Book, The 80's Called... They Want Their Magic Back Vol. One, and author of the upcoming The Magic of Jonathan Friedman: The Musical! You won't want to miss this lecture! On this edition of At The Table, you'll learn:

Time Passages: A BRAND NEW concept that allows you to accurately predict or reveal a spectator's freely-selected time of the day or night in an ultra-visual way!

The Fifth Fourth: An updated twist on Harry Anderson's "Gang of Four" effect that uses your own business/blank cards. Multiple presentations are discussed allowing you to showcase your own personality with an impossible prediction, a believable sucker hook, and a kicker-ending that truly kills.

Auto Repeat: Disengage: A playing card and the rest of the deck change places right on the spectator's outstretched palm. Impromptu, fooling, and funny!

In Clenched Fist: A multi-phase coin-through-hand routine that uses only one coin and a few funky moves.

Selectigami: A selected card is revealed like a secret message within the folds of a "coded message" written on the back of an indifferent card.

Thumbs: Like a hot knife slicing into a stick of butter, your thumb visually melts through the top-half of the deck, stopping at the spectator's chosen card.

Supergroup: Sixteen of the world's greatest rock stars are put through a spectator-led "battle of the bands" shuffle/elimination free-for-all, only to become the predicted ultimate "supergroup" of all time. A personalized twist on John Bannon's "Origami Poker" that would make even OZZY proud.

ABC, 123, ESP!: Numbers, letters, and ESP symbols chaotically combine in order to find a selected card in an "easy on the eyes" manner not usually found in your basic "counting, spelling, mindreading" combo trick.