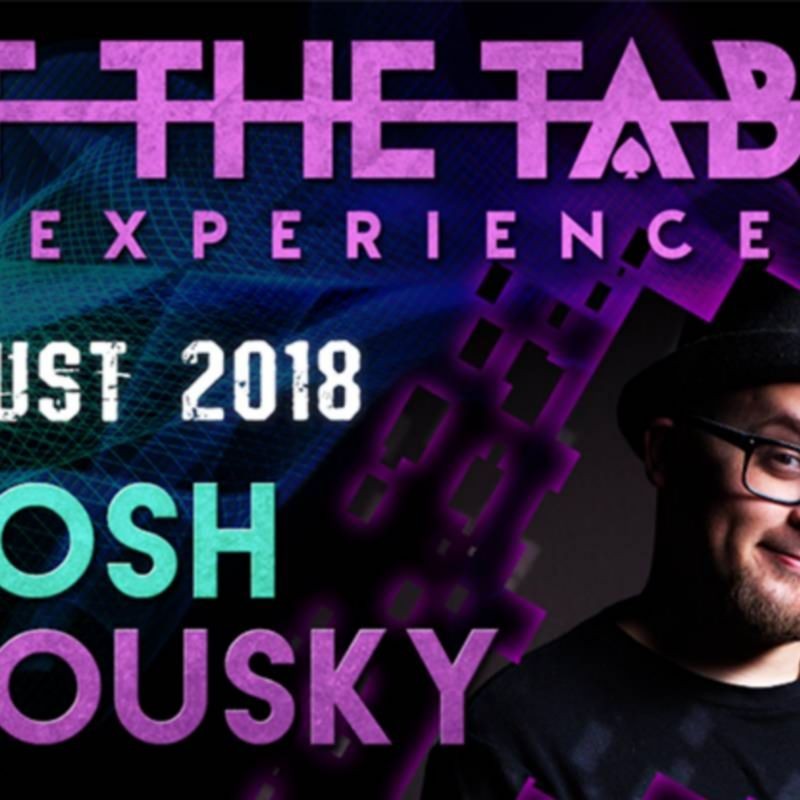 A rising star in magic, Josh Janousky has earned a reputation for sharing material that is both extremely clever and highly workable. Josh's magic can be found

A rising star in magic, Josh Janousky has earned a reputation for sharing material that is both extremely clever and highly workable. Josh's magic can be found in the working repertoires of many industry legends and has been tested in real world situations thousands of times! At just 27 years old, he has taken the world of magic by storm and shows no signs of slowing down. Let us welcome Josh Janousky in this unique, never-to-be-repeated experience At The Table! Some of the things you'll learn:

IG: Josh's hit Instagram prediction with new handlings and ideas. Predict anything about your spectator, months in advance.

Play-Dough: An impromptu, angle-proof Pen Through Bill that can be performed with borrowed objects.

Billuminati: Instantly know the city where a borrowed bill was printed, without ever looking at it!

Prevail: A Triumph variation for the strolling performer. It's easy to do, but it makes you look like an expert at the card table!

Revise: Is it a switch? Is it a color change? Can it be signed? Yes, yes, and yes! This is a fan favorite, and the method will make you smile.

Ninja Coins Across: An easy Coins Across inspired by the work of Jay Sankey, Greg Wilson, and Homer Liwag.