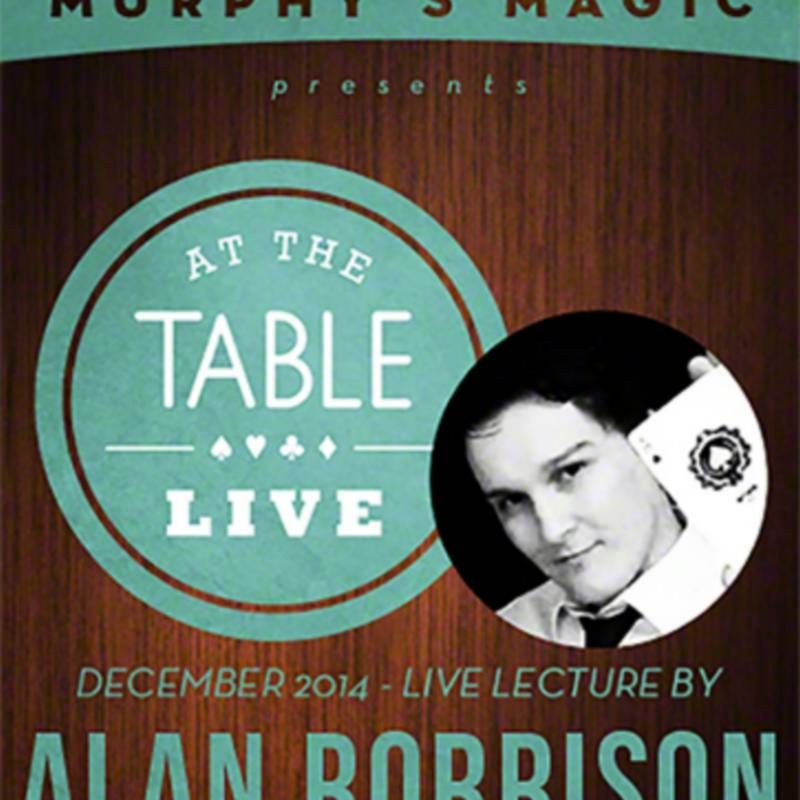 Alan Rorrison is quite the creative fellow. He has been a creative consultant for both Dynamo and TROY, and has released many hit effects into the magical unive

Alan Rorrison is quite the creative fellow. He has been a creative consultant for both Dynamo and TROY, and has released many hit effects into the magical universe. He thinks outside of the box and his many creations reflect that mindset.

In this lecture, Alan will be performing and explaining effects that have never seen print. Not only that, he will spend time talking about the creative process from HIS point of view, and share with you what goes on in his mind when trying to create a new effect. Alan will also talk about creating magic for TV and how that differs from creating for himself and others. So, unpublished work from Alan Rorrison? A talk on creativity from a creative guy? Yes please!

Slick Sandwich - A sandwich routine where the spectator throws in 2 jokers into a dribbled deck and catch their own signed card.

Misers Monte - A Monte routine where all the controls are done for you with a simple gimmick and you can always win.

Broken home 2.0 - The updated broken and restored key that uses a borrowed key and a simple gimmick that can be carried on you any time anywhere.

Linked - Take a key off your spectator's key chain and visually link it back on in a second.

Trans - A bill transpo that happens in the spectators hands.

Quick cap - A signed cap in bottle where only one cap is used and the spectator is left with the bottle.

Money through headphones - Take some headphones and have the spectator hold the cord for you. You then take a banknote and pass it visually through.