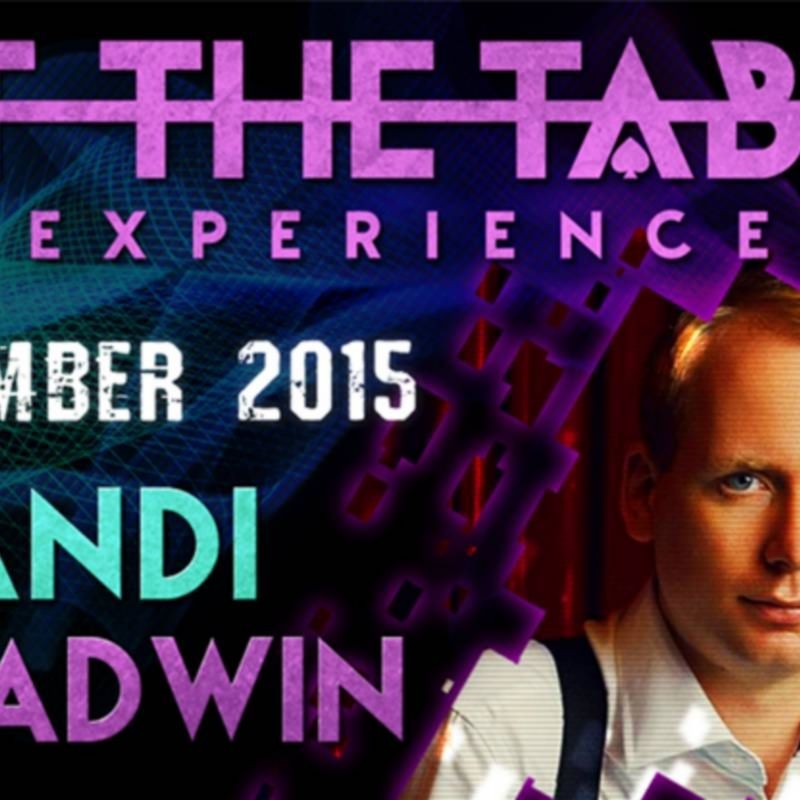 With over 15 years of performing experience and a wealth of knowledge about the magic industry and history, we are absolutely delighted to have Andi Gladwin joi

With over 15 years of performing experience and a wealth of knowledge about the magic industry and history, we are absolutely delighted to have Andi Gladwin join us for an At the Table Experience like none other. Andi's Sleight of hand is second to none and his magic is world class (he was the only UK magician to perform at Obama's inauguration in 2013). Join us and get ready to have your card magic be forever changed. Modern Crime: Andi's stand-up presentation for the classic Ring, Watch and Wallet premise, with some clever handling tips and ideas from excellent stand-up magician Jack Wise.

Alice in Wonderland: A magic-packed routine using a book, a deck of cards and a watch, created alongside Joshua Jay. You'll be amazed as Andi gets six magical moments in just a few minutes.

From the Center: A version of Steve Mayhew's Poker Deal where you apparently center deal face-up cards from the middle of the deck. Watch closely and you'll swear that the cards really do come from the middle.

The Undo Cut: One of the most convincing false cut sequences to date. Its sloppiness makes it completely disarming and is something that you will definitely use.

Swindle Control & Tom Cruise Control: Two of the cleanest card controls in Andi's repertoire. The Swindle Control uses absolutely no sleight of hand, yet looks perfectly as though the selection is lost in the deck.

Convincing Tilt: A rethink of the classic Depth Illusion where the audience will be completely convinced that the selection is lost in the middle of the deck. Andi will also share some of his other finesses to help supercharge your Tilt technique.

Covered Slip Cut: Proof that slip cuts can look like real cuts! Andi will teach a tabled and in-the-hands handling of what many experts have called he most effective slip cut handling to date.

Spread Shuffle: An easy, yet effective tabled false shuffle that looks exactly as though you shuffle two spreads of cards together. Andi will also teach you how a participant can join in the shuffling too.

Magic Squared: To close the lecture Andi will perform and teach his magic square routine that was the talk of The Session, Blackpool and Magi-Fest earlier this year.