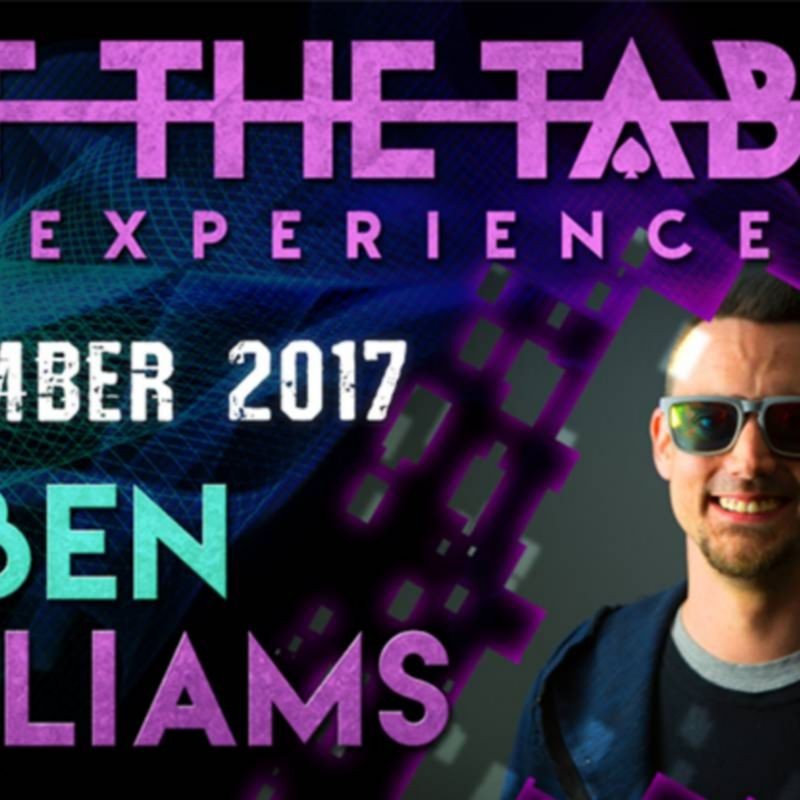 Ben Williams has been working behind the scenes in the magic industry for over a decade. With many top-selling releases under his belt, he has been known to cre

Ben Williams has been working behind the scenes in the magic industry for over a decade. With many top-selling releases under his belt, he has been known to create well thought-out routines and ideas that are both practical and visual. He has worked on effects used on TV by the likes of Dynamo, Ben Hanlin and Troy, as well as teaching and coaching many more magicians.

In his At The Table lecture, Ben shares practical card routines, interesting coin sleights, and even his street magic style effects using everyday items, such as candies and cola bottles. This is not a lecture you'll want to miss! Here's what you'll learn:

Easy JW Grip and Switch: A simple and deceptive way of getting into the JW grip using two hands. Incredibly easy to do -- can be used as a switch or vanish!

Ben's Opener: Ben demonstrates his ability to guess the spectator's card by reading their reactions. A great opening routine that's easy to perform.

Love Cola: A spectator holds a Coke label in their hands. After thinking of someone whom they love, the spectator opens their hand to show that the label now has a heart-shaped hole in it.

Inside Polo: A great piece of candy magic! The magician takes the label off a fresh pack of Polos (Lifesavers for those in the US), vanishes it, then makes it appear inside the roll of candy!

Linko: A linking candy effect that your audience is going to love!

Impression: A brilliant piece of mentalism that looks completely natural and utilizes an everyday object you probably already carry around in your pocket.