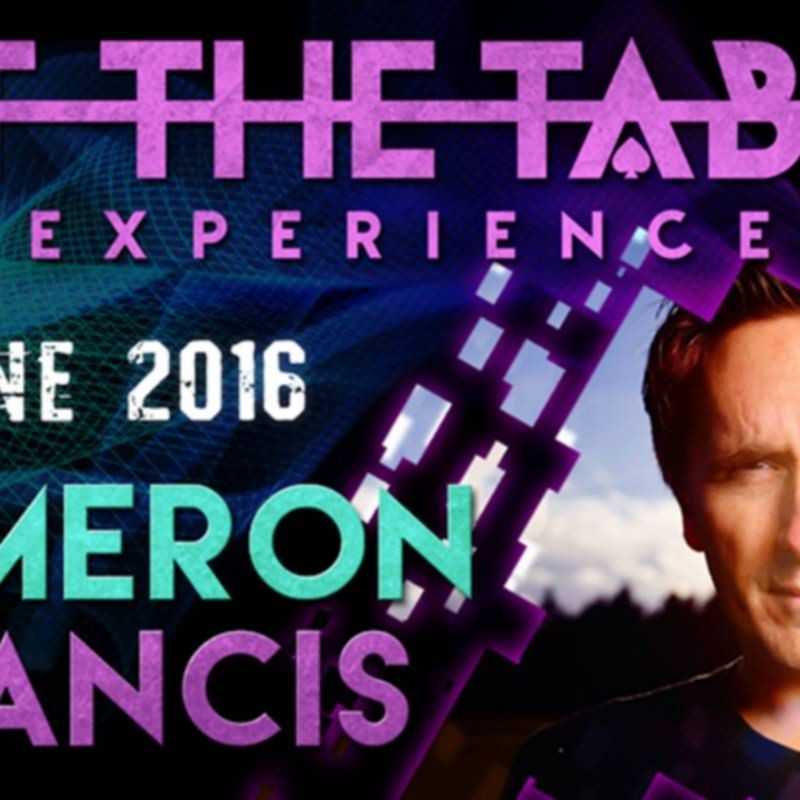 As a close up magician, Cameron is well known for his off-beat, quirky style of magic. He has performed all over the country including the Close Up Gallery of t

As a close up magician, Cameron is well known for his off-beat, quirky style of magic. He has performed all over the country including the Close Up Gallery of the world famous Magic Castle in Hollywood. He is also a regular performer at Wizardz Magic Theater in Orlando. His appearance At The Table is going to focus on tricks that happen in the spectator's hands. The magic is the spectator's hand and is some of the most powerful magic that an be performed and Cameron will show you everything you need to know to create otherworldly moments right in their palms.

You can look forward to learning:

Corner - A signed card switches places with a joker in the fairest possible manner.

Sly Cheese - A strange marriage of Peter Duffie's "Sly Aces" and Luke Dancy's "Royale With Cheese". Visually amazing and very easy to do.

Humming Words - A fantastic word divination (and a great way to hand out some business cards!).

Out of This Packet - A small packet out of this world with a kicker ending.

Creation - A card is "created" by a spectator. The magician reveals the card in the fairest manner possible. Slays lay people and magicians a like.

Mercury Card Load - This has fooled some of the best minds in magic. A folded card to un-gimmicked card case. No slits, no shuttle passes, no foolin'. The spectator can remove the card from the box.

Courtesy Flush - A killer transpo that happens in the spectator's hands.