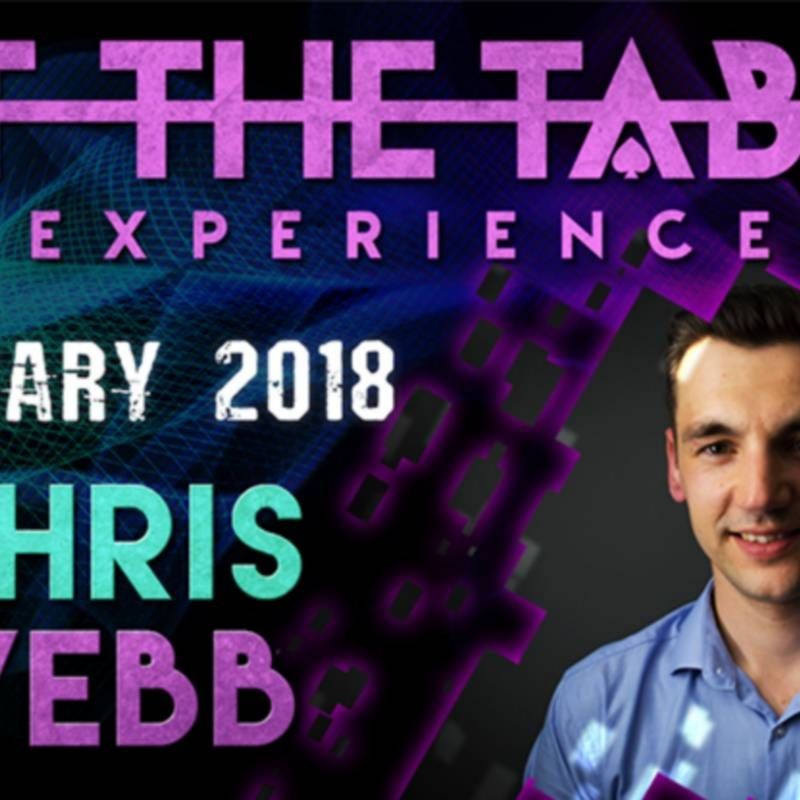 Known for his creative and lighthearted approach to magic, Chris Webb has been performing and creating for over 15 years. He's performed all over the U.K. for e

Known for his creative and lighthearted approach to magic, Chris Webb has been performing and creating for over 15 years. He's performed all over the U.K. for elite audiences such as the Silverstone Grand Prix, Mercedes, and the BBC. Now he brings his signature creativity right here At The Table. It is unlike anything you've ever seen! Here's what you'll learn:

Prime: Change the value of a playing card right in front of your spectator's eyes using a standard deck. A stunning, visual, and clean effect guaranteed to impress!

One by One: A unique spin on the Ambitious Card Routine that includes a surprise final reveal!

Flash: Turn a blank piece of paper into money. A super visual bill change that is easy to perform and instantly resets.

Unknown Force: An incredibly easy force to perform that requires no breaks and looks completely natural!

Tic Tac Toe: A multi-phase coin routine using a Tic Tac box with an impossible ending. The best part is, your spectator can take the box home as a souvenir!

Divine 2.0: A thought-of impromptu Card Across effect that will wow your spectators. A great ender with so much power it's sure to leave jaws dropped!

Cello Change: An impossible card change, under the cellophane of a wrapped deck. Brilliantly deceiving and easy to perform!

All the Way: The spectator's signed card magically appears at the top of a deck right in front of their eyes! Simple, visual, and smooth. A great routine for every magician's repertoire!

Tab: A little bit of "weird" using the tabs on a card box. A quirky little effect that will make your audience chuckle, guaranteed!

Bottom Pinch Force: Another unique card force with a standard deck that only Chris Webb can deliver!

Return of the Big Flap: Show any bill or banknote of any value. A playing card is chosen and marked. In full view, with no switches, instantly the card changes into the bill and the bill into the card. Give the signed card out as a souvenir! No threads or elastics!