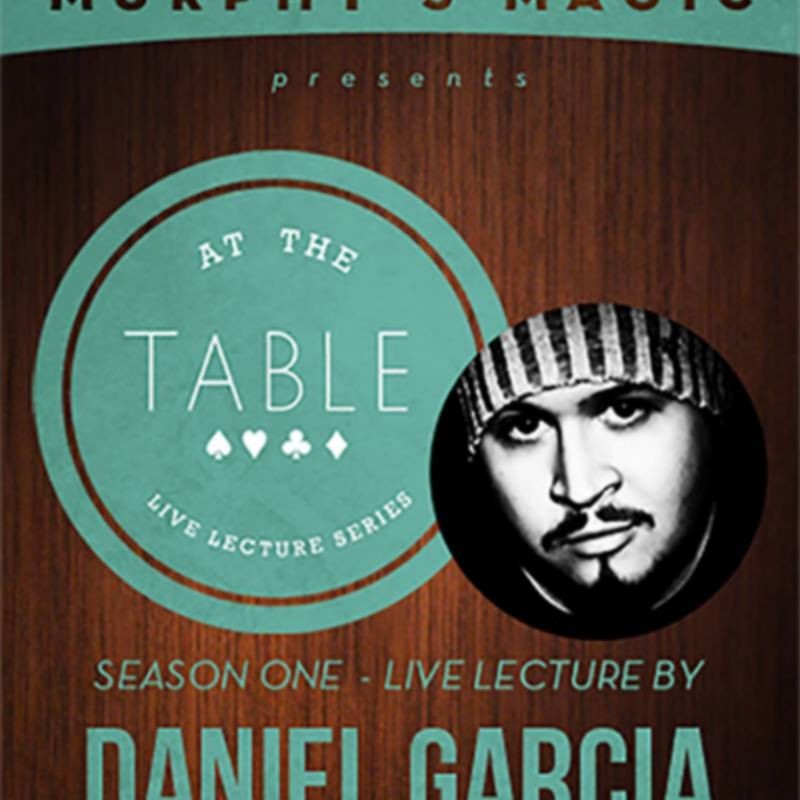 At the Table: Daniel GarciaMarch 5th, 2014 Daniel Garcia is not only one of the most influential creators in the industry, but he is also the most sought-after

Daniel Garcia is not only one of the most influential creators in the industry, but he is also the most sought-after consultants for television magic. He helped sculpt the television careers of Dynamo, David Blaine and others. In his 2 hour lecture, Danny will share with you many of his favorite effects, as well as lots of NEW material. Danny will also bring clips of behind-the-scenes work he has done for some of the biggest names in magic.

Time Line 2.0: A signed, odd-backed card vanishes from the box and ends up being the "newly" selected card. Workable, smart, deceptive.

Red: A freely selected card happens to be the only red card in the pack.

Serial Shuffle: A deck is shuffled by numerous spectators and ten cards are freely dealt out, which end up matching the serial number on the box.

Deepwater: A Do-As-I-Do Oil and Water Routine with a fabulous kicker ending.

Open Coincidence (3 versions): A prediction is shown and the spectator freely deals the cards, stopping on one card, which happens to match your open prediction.

21: Two bills change places while one is held by the spectator.

Engage (bill ring): Instantly fold an origami ring out of a dollar bill.

Yellow Phone (2 versions): Correctly guess the item a spectator is guessing from a list on your phone.

Credit Through Bill: A credit card passes through a bill slowly, yet the bill is unharmed.

EMIT: Everyone travels back in time, which is proven in this interactive phone effect.

Dough Boy: A coffee stir stick is pushed through a bill and then visually penetrates through, leaving no rips.