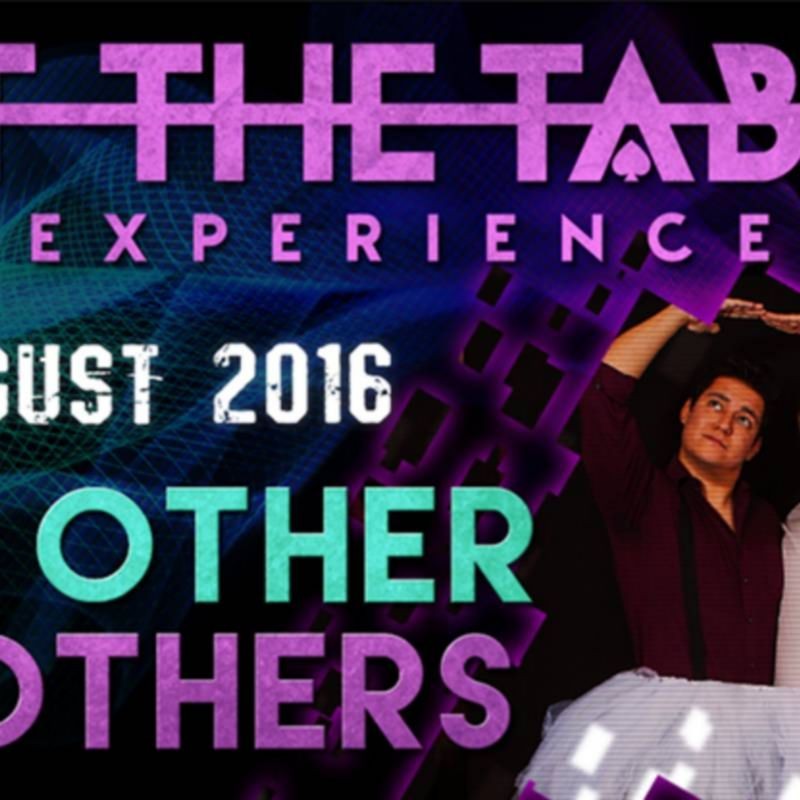 You may not have heard of these two before... but that's because for the past three years, The Other Brothers have been the magical force behind some top named

You may not have heard of these two before... but that's because for the past three years, The Other Brothers have been the magical force behind some top named magicians. They've also created countless effects, saving the best for only themselves and their audiences. This year all that changed. Not only did you find them lecturing and performing at places like Magi-Fest and Blackpool, they've also begun publishing the impressive library of effects that they've built up over the years. This duo is not to be missed. Here is your opportunity to sit down and learn some of this wonderful magic from these two hidden gems. What you will learn:

Two Man Opener: A comedy mentalism routine that will have your spectators laughing and scratching their heads at the same time when two predictions reveal a thought-of-celebrity.

Unbound: A thought-of-card is selected, then is impossibly reversed inside the deck. You may have seen this before, but never with an ungimmicked deck. If you have the DVD, you know how powerful it is, but if you don't, you can learn it here with some new touches.

White Russian: A Russian roulette routine using no spikes, but the danger appears far greater. However this method is one hundred percent safe, truly fool proof, and outstandingly emotional.

Hands Down: A close-up mentalism bit where a prediction is written down and signed by a spectator. You ask a variety of questions and the answers are made entirely by the spectator, yet your prediction is correct one hundred percent of the time.

Uno: A series of absolutely impossible predictions and all you need is a calculator, a pen, and a piece of paper.

Smooth Prediction: Cleverly disguise a deck that allows you to accomplish a miracle mentalism effect. They also teach how to make the prediction appear under a spectator's foot or butt. The possibilities are endless.

Svendullum: A clever pendulum routine where the spectator does all the work.

Darryl Davis' Rubber Band Opener: A visual rubber band routine which is a perfect follow up effect to "Crazy Man's Handcuffs". This time however, the effect has a crescendo ending where the rubber bands appear on the spectators shoulders.

Road to Rome: A limitation of choice routine that is easy to reset and has a beautiful presentation.