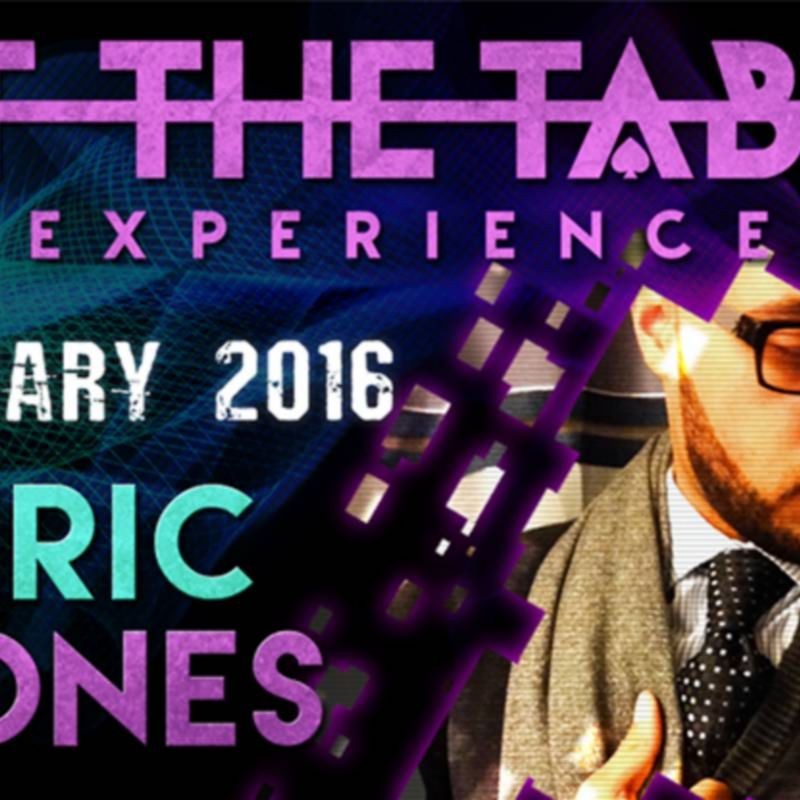 Penn & Teller Fooler and co-founder of Lost Art Magic, Eric Jones brings us his brand new lecture! Eric's new lecture isn't filled with knuckle busting technique but rather practical and potent magic that can be mastered in minutes. However, the real secrets to this All New At The Table Live Lecture are discovered as Eric reveals his thoughts on magic performance, theory and structure. Come join us and start the year off with an Experience that will fill your goodie bag with magic from the top pros! Check out a list of effects which Eric taught during his lecture!

Smoke - Your hands are shown empty and from thin air produce a sharpie. Then you tell the spectator to use their imagination as you pretend to draw paper and tobacco in thin air. Once you do you roll the imaginary cigarette light it and produce smoke from thin air.

Eric Collectors Routine - 4 Kings are shown as 3 cards are signed and selected and lost into the deck. The signed cards then appear between the Kings.

Performing With Rhythm - Eric shares what it takes to perform smoothly and in rhythm which is very important for all performers.

Hellbound Spellbound - Our favorite Trick of the Lecture! A SUPER VISUAL multiple phase coin routine that should go straight into any coin magicians repertoire.

Self-Working Coin Trick - A copper coin and silver coin are shown and held one in each hand and visually change places multiple times! Looks like a camera trick!

Eric's Creative Process - Eric shares what it takes to create your own effects.

Impromptu coin and Hat - You borrow the spectators hat and a coin. The coin in placed in the hand and appears inside the had that has been on the spectators head the whole time!

Ishkabibble Sandwhich - One of David Blaines favorite effects that Eric performs. A card Visually appears between two kings! This is one you'll have to see to believe.