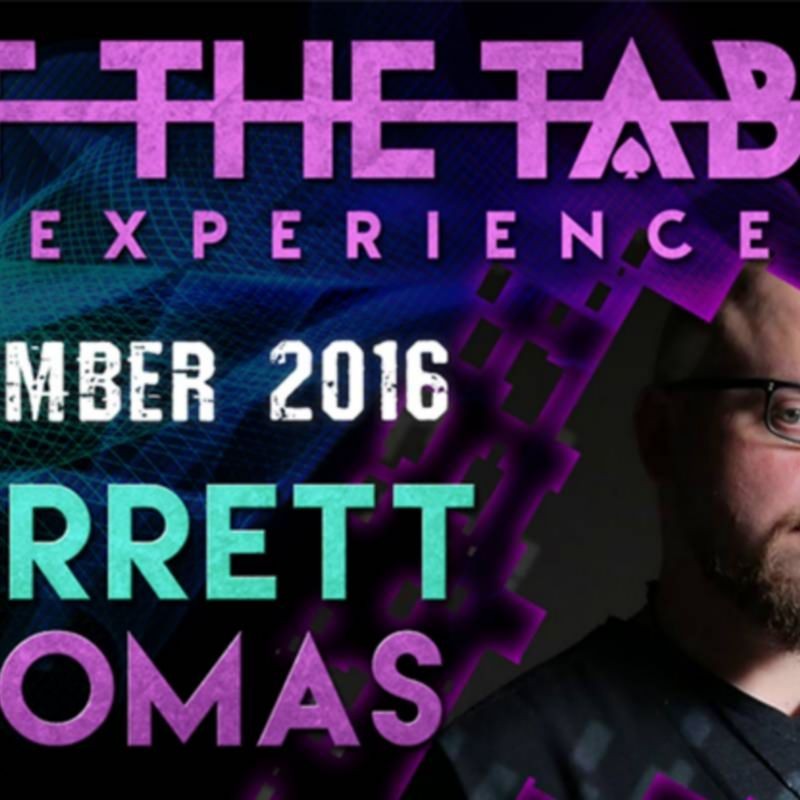 Garrett Thomas needs no formal introduction. A genuine master in his craft, Garrett is one of the few magicians who can claim the titles of innovator, performer

Garrett Thomas needs no formal introduction. A genuine master in his craft, Garrett is one of the few magicians who can claim the titles of innovator, performer, and all around genius. While Garrett was releasing hit effects like "Banded", "Imagination Coins", and "Stand-Up Monte", he also focused his creative ingenuity as a behind-the-scenes consultant to David Blaine. Here, At The Table, he shares that brilliance on camera. While Garrett teaches a number of unbelievable moves and effects, his lecture is aimed at drawing out your inner magician. If you're satisfied with being a mediocre performer, this is not the lecture for you. But if you've ever dreamed of gaining deep insight on how to become a master magician with the ability to create miracles, join us as we welcome Garrett Thomas, At The Table. Here are some of the things you'll learn:

Garrett's Tilt: The best tilt move you'll ever see. Magicians and spectators can be burning the deck and still never see this one coming.

Garrett's False Pick Up: A flawless move that seems like the magician is simply cutting deeper into a pack while forcing a chosen card. Combine this with Garrett's Tilt move, and you've got a hypnotic array of reveals.

Garrett's Smith Myth: Garrett shows three spectators three cards. The spectators then push each card into random places in the deck, and the deck is randomly cut into multiple piles. The magician can now reveal that the spectator's chosen cards are the cards on top of each pile.

Dime and Penny: The spectator holds four pennies and a dime stacked and locked between their fingers. Without going near the spectator, the magician now reveals the dime is now in his hand, and has vanished from the spectator's hand.

Pen Thru Quarter: A super clean pen through quarter effect.

Silver Dollar to Ring: A routine where a coin becomes a ring, which then becomes a coin, which then transforms back to the ring. Every single moment feels naturally motivated and incredibly magical.