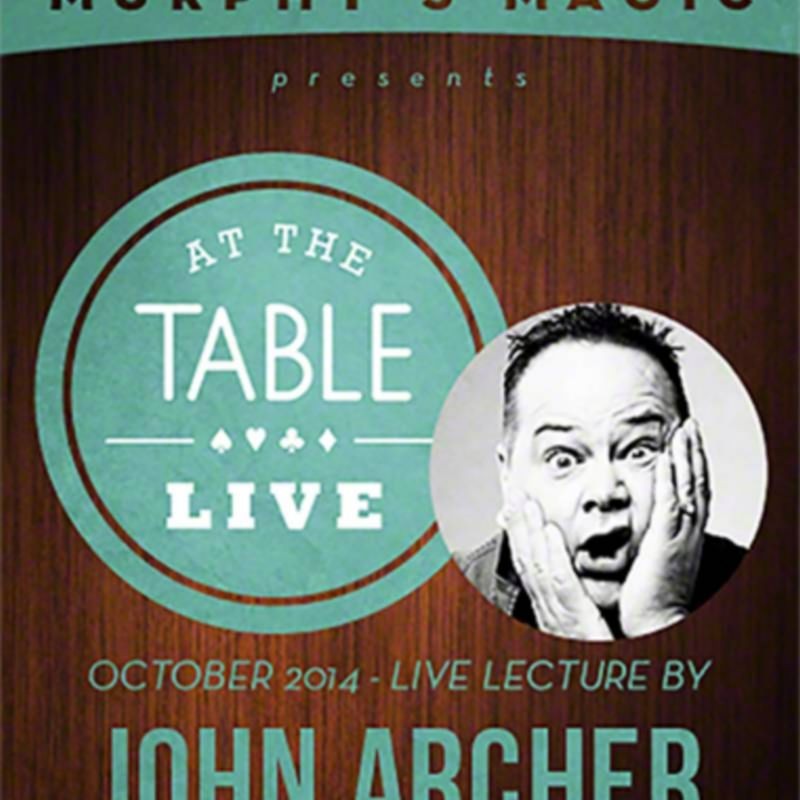 John Archer: John is a stand-up comedy magician from the UK. This guy was officially the FIRST person to fool Penn & Teller on the UK series: 'Penn & Te

John Archer: John is a stand-up comedy magician from the UK. This guy was officially the FIRST person to fool Penn & Teller on the UK series: 'Penn & Teller - Fool Us'. (It's airing now in the US as well!) John has also appeared on award-winning CBBC network shows and even WRITES comedy for many other shows in the UK! Want to learn comedy and magic the RIGHT way? This lecture will focus on stand-up, close-up, - and easy, hard-hitting magic that will make you the life of any party!

Pushing the Envelope - This is a single billet and one envelope. The Spectator writes down a thought on a billet which is folded and placed into a single envelope. You INSTANTLY know the written down thought. This is a classic plot but with John's added touches! One billet, one envelope. That's it!

The Laura Buxton Co-incidence - A story that questions what coincidence really is. Two decks of cards - one red, one blue. Despite both decks being handled and examined by the spectator, the performer and spectator repeatedly shuffle the same card to the top. As a finale, it is seen that the final choice of one of these cards had been predicted from the start!

Komedy Killer - John's hilarious routine and variation of the Kenton Knepper classic. This is a full 10 minute routine that plays for both close-up and stage!

DeJa 2 - This is a killer stage effect where a couple from the audience are tested for their compatibility and found to be perfect for each other. A lady picks a card and her partner somehow manages to find it! This is an effect where it seems as if the magician is hardly involved!

Zennerdoo - This is a strong and clean 'psychic experiment'. A spectator repeatedly matches dealt cards on to the table with their matching symbols.

Streets - This is John's book test that really isn't a book test. It's more of a remote viewing experience. This will hopefully whet the tastebuds! John will also discuss his thoughts on comedy writing, creating routines and comedy performance! This is going to be a STRONG & RARE magic learning experience!